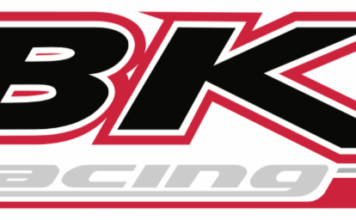 During his 15-year career across all three national touring divisions, Ragan has claimed four victories, 33 top-fives, and 93 top-tens. His most recent trip to Victory Lane came at Talladega Superspeedway in the 2013 Aaron’s 499.

“I’m happy to be part of something that has so much growth potential,” said Ragan. “(Team owner) Ron (Devine) has steadily built his program over the last five years.

“He’s made an even greater commitment in 2016 with new cars, equipment, and additional personnel. I feel that we’ll be in a position to bring the team to the next level. I’m looking forward to the season.”

Team owner, Ron Devine is confident in his new driver.

“We’re very excited to have a driver of David’s caliber join our team,” said Devine. “In addition to being a race winner, I feel that his input and leadership qualities will benefit the team on many levels. Our entire organization is energized to work with him.”

The one of a kind soft drink, whose involvement with BK Racing began in 2011, will be back on board the No. 23 Toyota Camry as a primary sponsor for multiple races throughout the 2016 NASCAR season. Dr Pepper associate branding will also appear on all of BK Racing’s cars throughout the season.

“We are thrilled to be partnering with BK Racing for the fifth year and excited about the new heights that this team will be able to reach with the addition of David Ragan,” says Jaxie Alt, SVP of Marketing, Dr Pepper.

Additional sponsorship for the No. 23 team will be announced in the coming weeks.

Dr Pepper, a brand of Dr Pepper Snapple Group (NYSE: DPS), is the oldest major soft drink in the United States. Since 1885, the 23 flavors of Dr Pepper have earned legions of fans that enjoy its unique, refreshing taste. The brand is available in Regular, Low Calorie, Diet, Caffeine Free and Cherry varieties. DPS is a leading producer of flavored beverages, marketing Dr Pepper, and 50-plus other beverage brands across North America and the Caribbean. For more information, visit DrPepper.com or DrPepperSnapple.com. For the brand’s latest news and updates, follow Dr Pepper at Facebook.com/DrPepper or Twitter.com/DrPepper