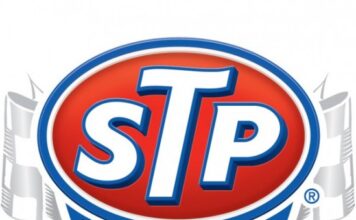 Fontana Recap: Denny Hamlin rallied from a pair of pit road penalties to finish third in NASCAR’s most recent Sprint Cup Series race at Auto Club (Calif.) Speedway on March 20. The first violation came when Hamlin felt a tire going down on Lap 26, and headed to pit road. However, the caution came out just before Hamlin entered the pits and he was sent to the back for “pitting too soon.” The team incurred a speeding penalty on Lap 83, again sending Hamlin to the tail end. However, a fast #11 machine allowed him to drive up through the pack multiple times, eventually taking the lead for the final restart after the event’s last caution with two laps to go. The high line did not get a good push behind Hamlin on the restart, allowing Kevin Harvick and eventual winner Jimmie Johnson to slide by Hamlin before the checkered flag.

Martinsville Preview: Following the first off-weekend of the season, NASCAR returns to action on Sunday, April 3 at Martinsville (Va.) Speedway. Hamlin returns to the half-mile track in his home state of Virginia as the defending race winner, holding off Brad Keselowski in a thrilling battle one year ago. Hamlin has five career wins at the track in 20 starts, and has posted 11 top-five finishes and 16 top-10 results. Arguably his best track, Hamlin has led 1,315 career laps at Martinsville.

What will it take to get your sixth grandfather clock (Martinsville trophy) this weekend?

“I think it will be another fight this weekend to get the win at Martinsville. We have had a lot of success over the years at that track, and seem to battle the same guys each year for the win. Jimmie (Johnson) is obviously strong there, and our teammates will be tough to beat. Friday’s qualifying is big in terms of getting a good pit stall, and on Sunday, it’s important to have a mistake-free race. Any sort of issue or penalty can get you a couple laps down in a hurry and spoil a good day. I believe our FedEx Camry will be up front competing for another win.”