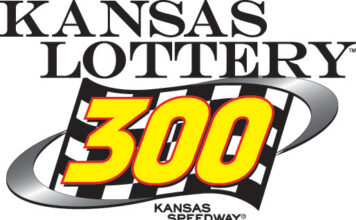 Joe Gibbs Racing driver Daniel Suarez was made available to the media at Kansas Speedway:

DANIEL SUAREZ, No. 19 ARRIS Toyota Camry, Joe Gibbs Racing
How was your experience at the White House this week?
“It was a cool experience. It was a good week. It was really cool to be for the first time in the White House and to be able to talk to some kids from college, from high school and to give them advice. I think that was something really good in the Hispanic Heritage Month, I think that’s something really cool as well. For me, it’s just a great honor to be in this position right now and to be in NASCAR and to be a Latin driver and to be able to try to help all of these kids that are coming along from school, from college, from all of these different places to be successful in life.”

What did you learn in the first round of the Chase to help you for the rest of the season?
“Well, I learned that in the first race of the first round the intensity level was very high. It was definitely more high than what I was expecting. I thought everyone was going to go out there to try to be consistent and to try to make it for the next round and that wasn’t the case. Everyone was going for the win and everything got a little crazy in the first race in Kentucky. But, honestly I’m very proud of everyone in the 19 ARRIS Toyota Camry, Juniper Networks, Interstate Batteries, DeWalt, everyone that has been on this program in the last races because everyone has been doing a really good job. We had three races with three top-three finishes which I think is something really good for the first round. We have to do exactly the same thing for the second round and after that try to put ourselves in a good position for Homestead and pull everything we have for that last race and the most important race of the year.”

Did the intensity level at Kentucky Speedway carry over into other races and will this race be similar to that?
“I think it will. For some reason everyone – I thought everyone was going to be more relaxed in the first race but for some reason everyone was very, like I said, the intensity level was very high. And, then for the second race it was lower and everyone was more relaxed because everyone was a little bit too crazy in the first one. I wouldn’t be surprised if it was the same in this second round. I don’t think that I was myself, I don’t think I got super crazy in Kentucky and we end up with a pretty good result. Actually I felt like we should’ve won that race, we just came up one lap short. Like I said, I’m very proud of my team. I felt like everything that we learned the whole year we are trying to put that in the most important part of the year in the Chase in the first round and second round in order to get to the last race at Homestead and so far it’s been working out. So, hopefully we can keep it up and move forward.”

How are you managing the extra pressure that is on you during the Chase?
“Well, I think I have had pressure all of my life since I got into racing. I think if you can’t handle pressure I think you’re in the wrong sport. When I was little my family didn’t have a lot of money to put me in racing so I knew that I needed to do well to be able to get a sponsor for the next race. I had a lot of pressure back then, so I think that I have had a lot of pressure all of my life and for me right now to have a little pressure here in the NASCAR XFINITY Series is not a big deal. I’m very used to that and that’s something normal for me.”

Which track do you think will be the most difficult or challenging during the rest of the season?
“This is something good for me personally that if we look at all of the races from the Chase, first round to Homestead, these race tracks are pretty good race tracks for me. Kansas is one of those race tracks that I’ve been here just once last year and Homestead I’m pretty much in the same situation because we don’t get to go to these places a lot, just once every year. Since last year was my first year in the national series so it really was my first time. But, I feel pretty good. Phoenix has been a really good place for me as well. Sometimes I call Phoenix my second home because a lot of people are very very nice people over there and the race track is really good. I won a race there in the NASCAR Mexico Series and it’s been really really good for me. Texas is really good as well. A lot of family goes to that race and we’ve been pretty successful there. In Kansas we raced really strong last year here so – I think personally I feel a little lucky that almost all the races that we have in the Chase are strong races for me and for my team. So, I feel pretty good for all of them. Hopefully we can have a little luck in our side and do our thing on the race track.”

How do you strategize the intensity while in the race car?
“So, that’s a difficult thing. You never know. You have to understand that you’re racing for a championship, you’re racing for the big picture and that’s what some drivers forgot in Kentucky and they end up wrecking so that’s never a good thing. I was almost in a few wrecks – well I was in one of them but I survived – and that’s something that we have to keep in mind the whole time because if you forgot that for one second maybe that second was the most important and you got into a wreck. You need to be aggressive when you need to be aggressive, but when you are a little bit more than what you should you can get into an accident and that can cost you a lot in a championship. Maybe one of the perfect examples is the 3 team (Ty Dillon), they didn’t make it for the next round and definitely they were a strong team to be contending for a championship. So, that’s the consequences that can happen if you get a little bit too crazy. Like I said, I feel like we’ve been doing a good job with that. I feel like we’ve been pretty consistent, not just in the Chase, but the whole year and that’s something that we have to keep doing.”

How much of an advantage will racing some in the Truck Series come into play as you get further into the Chase?
“For some reason this year has been very different for me to race the Trucks and XFINITY car. I felt like last year helped me a lot because I was a brand new driver pretty much in most of the race tracks. This year I don’t think it’s been as helpful as last year but definitely there is always something there that you can learn about the race track. The race track change every year so if you can learn about a new bump that is over there, a new seam that is in the race track or something it is always good to have some extra laps. The balance of the truck versus the car is very different, aero-wise it’s very different. The way that KBM (Kyle Busch Motorsports) works is very different than the way JGR (Joe Gibbs Racing) works. It just is different. I feel like it’s going to be helpful for sure but I don’t think it’s going to be as helpful as everything was last year for me personally.”

What is it about the Chase format that appeals to you?
“Well, I think everything is about the intensity and how it comes into play to be a smart driver and an aggressive driver at the same time. I think fans love that. I think fans love the way that the format change everything so many different times. That’s something good. I think we’ve come through adversity on this kind of format and we have to learn from this. I think I mentioned this last year, since we have in the Cup Series this format – the Chase format – I think it was something very smart from NASCAR to put this format as well in the XFINITY Series and Truck Series because eventually these young drivers want to move up to the Cup Series so we’ve got to start learning about this format and keep learning how to work and how aggressive we need to be or how smooth we need to be since the lower divisions like the Trucks and XFINITY Series because once we get the opportunity to move to the Cup Series one day we’re going to be already very familiar with the Chase format.”