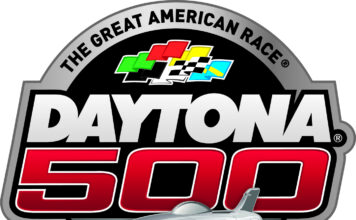 DAYTONA IS A PLACE THAT HAS HAD A LOT OF EMOTION FOR YOU DALE, COMING BACK UNDER THE CIRCUMSTANCES HOW DID IT FEEL TODAY?
“It felt good to just get out there and get to work a little bit and be with the guys and see all the familiar faces in the garage, other drivers and team members and so forth.  Yeah, just trying to put as many laps as I can behind me and get further and further into this deal to where the events from last year become more of a distant memory and don’t define me as who I am so much anymore.  It will be good to get in the car and get some good wins and good finishes under our belt this season. That is our plan.”

WHAT IS THE 42-YEAR OLD VERSION OF DALE, JR. IN A RACE CAR?
“Well, I don’t really hope I change a whole lot.  To be successful, particularly at Daytona you have to drive with zero fear and put your car in places on instinct without wondering and guessing about the repercussions.  I have watched a lot of races, replays and stuff where we have had success and I remember that feeling of being invincible.  Not even thinking about the dangers or the risks that you are taking, you are just doing.  That is when you are at your best.  You have to get into that frame of mind for the race and I hope to kind of still be that driver that I need to be.  Outside the car though, might not take things quite as, I don’t know if serious is the right word, but don’t sweat the small stuff. Try not to let those little things get under your skin, things that really don’t matter.  You get swept up in doing this week after week and it becomes who you are instead of what you do.  Trying to keep that under control.”

WHAT IS RESPONSIBLE FOR THE FRAME OF MIND YOU ARE IN TODAY?
“I think just getting older and wiser.  I’ve been learning so much, trying to be observant and learn and be open-minded to improving.  Getting better as a person, as a driver, as a professional, never assuming you’ve got it all figured out and understanding your mistakes and correcting them.  Just getting smarter and older and ready to grow-up.  I always thought I was kind of mature, but there is always some room to improve.  Certainly, made a lot of changes in my life in the last year that has made some big differences on me personally and I’ve enjoyed it and look forward to the future.”

HOW DID IT FEEL GETTING BACK IN THE CAR?
“It felt good.  I was, not really nervous, but today went really smooth.  Didn’t have any problems, so we just kind of got everything done we wanted to do and the guys will go to work and try to put together a good car for qualifying and hopefully we will get out there and get a good lap in.”