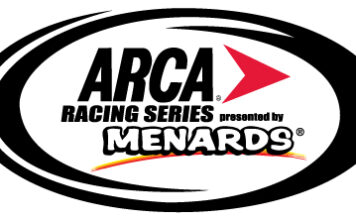 Creed made the trip to Pocono Raceway for the ModSpace 150 after scoring a fifth-place finish at Lucas Oil Raceway located in Brownsburg, Ind., just one week prior. The Alpine, Calif., driver was joined by Kaz Grala. Grala was making only his second career ARS start. He finished 10th in the season opening ARS event at Daytona International Speedway, which was also the site of Grala’s NCWTS victory in February.

Grala scored the General Tire Pole Award, while Creed clocked in fifth in his ChargeCords.com Chevrolet. Unfortunately, Creed would have to start in the rear due to an engine change. The event was delayed nearly two hours due to weather, but when the green flag waved, the action heated up quickly. Creed appeared to be on a mission as he piloted the No. 12 United Rentals/A.M. Ortega Davey Allison Throwback Toyota through the field. Meanwhile, Grala, in his second career ARS start took the lead early. As the race wore on, it became clear that strategy would play a major factor in the ending of the event. The second half on the race went green and strategy did not work in either driver’s favor. Grala finished fourth, while Creed finish sixth.

Kaz Grala, driver of the ChargeCords.com No. 41… Grala made his second career ARS start with MDM Motorsports on Friday with sponsorship from ChargeCords.com. The No. 41 Chevrolet was fast all weekend. Grala was able to score the General Tire Pole Award, which was his first career ARS pole. He raced inside the top-five for a majority of the event, but pit strategy did not play out in his favor. He finished fourth.

Grala on Pocono: “The goal for the ARCA race was to get laps at Pocono, a track I had never seen before Friday. We unloaded pretty good and only made gains from there, dialing the No. 41 Charge Cords Chevy in quickly. We were top of the charts in qualifying, putting us on the pole to start the race. We lead the first half of the race, with clean air, which is critical. Unfortunately, on the final restart, I didn’t time my start correctly and got jumped, ultimately costing us a shot at the win. Restarts have always been my weakness, but the valuable lesson I learned on Friday allowed me to hit all my restarts perfectly in the Truck race on Saturday, so the ARCA race proved to be helpful for me. It’s frustrating that I wasn’t able to capture the win for MDM Motorsports, but I’m hopeful I’ll have another opportunity to try in the future!”

Sheldon Creed, driver of the United Rentals/A.M. Ortega No. 12… Creed has been one of the hottest young drivers in ARS and NASCAR K&N Pro Series competition in recent weeks. He qualified fifth on Friday afternoon but had to start at the rear due to an engine change in his No. 12 United Rentals/A.M. Ortega entry. He wasted no time working his way to the front, and despite his strategy not working out, he was able to score another solid top-10 run with a sixth-place finish.

Creed on Pocono: “Another really good weekend for MDM Motorsports. We’ve been so good as a team this year that when we’re not the best car, it’s a weird feeling. It isn’t realistic to think we’re always going to have the best car. I do think we may have been good enough to still challenge for the win had the strategy worked out more in our favor. I’m really looking forward to the races I have left with MDM Motorsports this season, because I think we can win one of them for sure.”