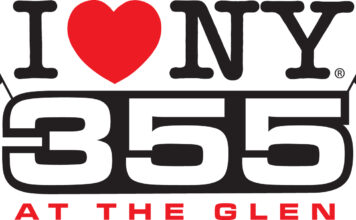 There are five races remaining until the Monster Energy NASCAR Cup Series Playoffs begin, making this weekend’s annual stop at Watkins Glen International even more important for those drivers needing a win to qualify.

The first time Ford won in a Monster Energy NASCAR Cup Series race at Watkins Glen International was when Marvin Panch drove the Wood Brothers to victory on July 18, 1965.  There were only 19 cars in the field that day and it proved to be a Ford show as all 66 laps were led by three drivers sporting the Blue Oval.  Ned Jarrett, who finished second, led the first lap before Junior Johnson passed him on lap 2.  Johnson led the pack for 12 circuits until his engine blew, which enabled Panch to inherit a lead he never gave up, going the final 53 laps and making it first to the checkered flag.  The win was Panch’s fourth of the season and next-to-last in his career, which ended with 17 victories.

Mark Martin became the first driver to win three straight Monster Energy NASCAR Cup Series races at Watkins Glen International, and he capped that streak on Aug. 13, 1995 after passing Wally Dallenbach, Jr. on lap 84 of the 90-lap event.  Martin, who led a race-high 61 circuits overall, held off the road racing specialist to win by one second.  That victory completed a three-year run that saw him not only sit on the pole every time, but lead 183-of-270 laps (68%).

When Chemung, NY, native Geoffrey Bodine took the checkered flag in the No. 7 QVC Ford Thunderbird on Aug. 11, 1996 he established a blueprint that continues to be employed today.  He, along with crew chief Paul Andrews, employed an “only stop when you have to” strategy and that resulted in making only two stops in the 90-lap event, compared to three for everyone else.  Bodine passed Ken Schrader with eight laps to go and then held off Terry Labonte over the final laps to win.  That marked the 18th and final victory of his Monster Energy NASCAR Cup Series career, and it came in front of his hometown fans.

One of the all-time classic finishes at Watkins Glen International came when Marcos Ambrose went slip sliding away on the final lap, but still resulted in him winning the Monster Energy NASCAR Cup Series race for the second straight time on August 12, 2012.  In a race that had more twists and turns over the final three laps than many can remember in recent years, Ambrose was the one who survived a massive streak of oil that had been laid down on the track, allowing him to pass Kyle Busch and Brad Keselowski for Ford’s third win of the season.  Busch appeared to be headed toward victory, but as he came into turn one on the final lap, he slipped in some oil and got loose.  Keselowski came up from behind and hit Busch, sending him spinning off the track.  A battle between Ambrose and Keselowski ensued from that point with both drivers trying to avoid the slickness that had covered the course.  Ambrose followed Keselowski through the grass at one point, but was able to get by in the treacherous carousel when Keselowski slid one final time.

HISTORIC SWEEP
Joey Logano became the first driver to sweep a NASCAR XFINITY/Monster Energy Cup weekend at Watkins Glen International when he did it in 2015.  Fuel mileage ended up deciding the race as leader Kevin Harvick ran out on the last turn, which allowed Logano to pass him and make it to the finish line first.  The win was Logano’s first on a road course and also marked the first series triumph for car owner Roger Penske at the historic track.