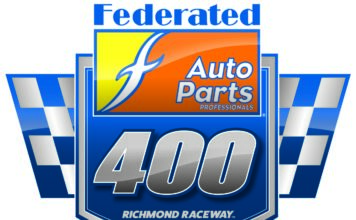 Darlington Recap: Hamlin qualified ninth for Sunday’s “Throwback Weekend” race at Darlington, making his way to the front of the field and leading four times for 124 laps during the 367-lap event to earn his second Monster Energy NASCAR Cup Series win of the 2017 season. Despite an on-track blunder that caused  Hamlin to miss the entrance of pit road for his final green-flag stop of the night, a quick recovery and Crew Chief Mike Wheeler’s decision to pit late at the end of the final segment propelled Hamlin and the #11 to victory lane and a “Too Tough To Tame” sweep. Following Sunday’s race, Hamlin remains in fifth in the overall NASCAR standings.

Richmond Preview: The Series gets ready to go short track racing under the lights at Richmond Raceway for Sunday’s 400-lap event and final Cup Series race of the 2017 regular season. Hamlin is no stranger to the Virginia raceway’s leaderboard, capturing three wins – the most recent during last year’s regular season finale – and leading a series-high 1,653 laps at the .75-mile track. He scored his ninth top-five finish at Richmond in April when he crossed the line third after starting the race 16th.

Hamlin led 124 laps and parked the #11 in Victory Lane during Sunday’s race at Darlington, adding $24,764 to the total donation amount to Safe Kids. To date, Denny has led 390 laps and captured two Cup Series wins, and FedEx has donated $65,290 to Safe Kids through the Delivering Laps for FedEx Cares program. Fans can track the total amount donated to date from the Delivering Laps for FedEx Cares program on the homepage of FedExRacing.com.

Poles: 3 (tied for career-best and Series-best)

What does it mean to conclude the regular season at Richmond, especially with multiple wins?

“The win at Darlington meant so much to me, and it felt so special to have my family around for it. Obviously Richmond is my home track so it would be great to get another win in front of the hometown crowd and continue the incredible success we had at Darlington, and if we get the #11 feeling like it did there (Darlington), I have no doubt we could do it again. I’m really focused on putting myself in the best possible position I can for the Playoffs, and as the stats show, Richmond is some place where I could definitely do that.”