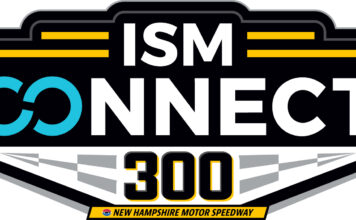 No. 43 Smithfield Team will Lean on Notes from July

Aric Almirola and the No. 43 Smithfield Ford team will head to New Hampshire for the final fall event at the mile-track. The team has some good finishes at the short track. They struggled with the handling earlier this year but have worked on getting a good setup to unload this weekend.

Almirola will meet with fans and sign autographs while they check out the newest Berkshire boat at Irwin Marine.

“New Hampshire Motor Speedway can be a challenge to get a handle on because it’s such a unique racetrack. It’s flat, and the corners are really long. You spend more time in the corners there than you do on the straightaways which is much different than most of the tracks that we go to. So you have to have a car that is turning well, but, at the same time, you have a car that’s driving off of the corner with a lot of rear grip. It can be really hard to find that balance. But, we’ve run well there in the past, and I think we have some good notes from earlier this year, so I look forward to our last fall stop at New Hampshire.”
No. 43 Smithfield Ford
A performance and marketing driven company, Richard Petty Motorsports, co-owned by NASCAR Hall of Famer Richard Petty and successful business entrepreneur Andrew Murstein, is one of the most recognized brands in all of motorsports. With a history of over 200 wins and business partnerships with national and global leaders, today the race operation fields one team in competition in the NASCAR premier series with driver Aric Almirola. Almirola wheels the iconic No. 43 Ford with partners Smithfield Foods, STP, United States Air Force and Fresh From Florida. The team is headquartered in Mooresville, N.C.