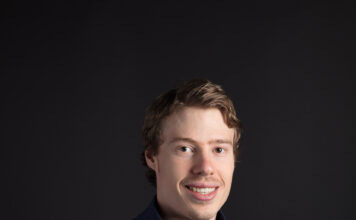 “I look forward to having Brian here for the Hollywood Casino 400,” said Kansas Speedway President Patrick Warren. “I always enjoy hosting athletes from other sports at Kansas Speedway and hearing their thoughts on the entire experience of race day.”

As the honorary pace car driver, Hansen will lead the field of NASCAR drivers into formation for the Hollywood Casino 400 at Kansas, the track where Toyota driver Martin Truex Jr. won this spring.

Racing returns to Kansas Speedway this October for the Hollywood Casino 400 Monster Energy NASCAR Cup Series, which is an elimination race in the playoffs on Sunday, Oct. 22 airing on NBCSN at 3:00 p.m. ET. The NASCAR XFINITY Series Kansas Lottery 300 will again be a part of the playoffs for the NASCAR XFINITY Series on Saturday, Oct. 21 on NBC at 3 p.m. ET, while the ARCA Racing Series presented by Menards will wrap up their season and crown a champion on Friday, Oct. 20. Tickets are currently on sale by calling 866.460.RACE (7223) or online at www.kansasspeedway.com.

General parking is always free at Kansas Speedway and fans can bring in one 14x14x14-inch soft-sided cooler with their favorite food and beverages.

Official Release
Previous articleHot 20 – Talladega is not for wimps or the faint of heart
Next articleDestination Talladega! Race Fans from Across Globe Ready Yet Again to Experience Talladega Superspeedway’s Doubleheader Playoff Weekend