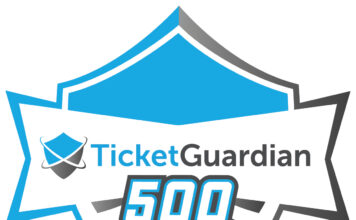 This week, LFR looks to pick up the pace, as the 2018 MENCS season kicks into high gear at ISM Raceway for the first 1-mile race of the season. Kahne, who has won at ISM Raceway, looks forward to moving into the second race of the 2018 West Coast Swing.

“I like phoenix – I’ve had some success there, including a win,” said Kahne. “LFR ran well there last year during the fall race, and we’ve definitely made some gains. I think we can bring a faster car there this week and not battle with it quite as much as we have the past couple weeks. I’m looking forward to continuing this West Coast Swing.”

Kahne has recorded a total of 27 starts at ISM raceway and completed 26 of those 27 races. Kahne has earned one win and one runner up finish at the 1-mile tri-oval.

The TicketGuardian 500 comes just after the start of ISM Raceway’s remodels and renovations. The track has already unveiled a number of fantastic new amenities that will be available for the 2018 Spring race. Fans can tune in to FOX on Sunday, March 11th at 3:30pm ET for coverage of the TicketGuardian 500.