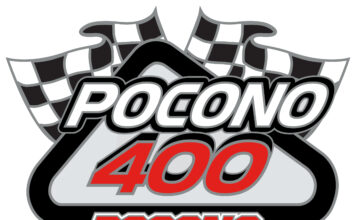 Kenseth at Pocono Raceway
· Matt Kenseth will make his 37th start at Pocono Raceway this weekend, a track he’s visited victory lane once at along with 15 top-10 finishes.
· Kenseth won the 2015 August race after starting seventh, one of his four career top-five results at the Tricky Triangle.
· The 2003 MENCS Champion has finished 10th or better in five of his last six races at Pocono, including a 10th and ninth-place finish in each of the two 2017 events.
· Kenseth’s highest qualifying effort at the 2.5-mile track came twice, a third-place starting spot in 2016, and again in the 2017 June race. His average starting position at the track is 16.9, despite starting top-10 in four of the last five events.

Matt Puccia at Pocono Raceway
· Matt Puccia will call his 14th MENCS race at Pocono on Sunday, and first with Matt Kenseth. In 13 events with Greg Biffle and Trevor Bayne, Puccia has five top-10 and three top-five results.
· His highest finish came back in 2013 with Greg Biffle, a runner-up finish, and he also led Biffle to a pair of fifth-place results in 2014 and 2015.
· Puccia’s highest starting spot as a crew chief at the 2.5-mile track came back in 2013, a seventh-place start with Biffle.

Kenseth on racing at Pocono:

“Pocono is unique in a lot of ways. Three different turns make it challenging. You get the question a lot, ‘which turn is the most important?’ But, honestly, they all are. Restarts can get pretty exciting there because of how wide the track is and how far away Turn 1 is from the start-finish line. It’s pretty easy to get three or four wide and still have time to get sorted out going into Turn 1, which is, thankfully, the most forgiving of the three turns. Our goal for the 6 team this week is the same as it was last week, and that’s to show some improvement.”

Recapping Charlotte
Kenseth and the No. 6 team battled through NASCAR’s longest race to finish 17th last Sunday at Charlotte.

On The Car
Kenseth will carry Ford Performance on the No. 6 machine this weekend at Pocono.