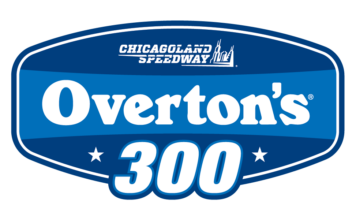 · Camry drivers Brandon Jones (11th) and Christopher Bell (12th) both scored in the top-15 in the contest.

· Bell (fourth) and Jones (seventh) remain in the top-10 in the NXS standings through 15 races.

DANIEL SUÁREZ, No. 18 Juniper Networks Toyota Camry, Joe Gibbs Racing
Finishing Position: 4th
How did your race go – especially towards the end?
“I thought we had a strong car. It was really good for 15-18 laps. It was loose on the first run and the second run, it was loose on the front. I wasn’t able to locate the hold on the center of the car. But it was fun out there today.”

Did the heat affect you at all?
“It was wild out there but we gave it everything we had. I have to go get ready to qualify for the Cup Series race now. I think I need a shower.”

BRANDON JONES, No. 19 Menards Jeld-Wen Toyota Camry, Joe Gibbs Racing
Finishing Position: 11th
How was the race today?
“For the majority of the day there we were right in the top-10 and thought we had a shot to be there at the end. I got our guys a little off on the pit stop and didn’t really recover that well. Had to try and play some strategy at the end and stayed out and actually thought it was going to work for a little while and get up there and just missed by about a spot there, I think that’s what it’s going to gain us if we would have hit it just right. All in all, a good day for us and I just wish we could have gotten in the top-10, I think that would have been a good day for us. A lot of teammates were up front all day as well so a great day for Toyota and a great day for our team on the 19 car.”

How were you able to deal with the heat today?
“It’s tough to get out of your rhythm some and accept where you’re running some so you have to keep psyching yourself up and you have to keep telling yourself to just keep pushing a little bit more that whole time. It’s more of a mental game than it is a physical game. At the same time you have to keep in the back of your mind that those other guys are hot too so it’s also a game of trying to mess with them as well because they’re burning up too.”

CHRISTOPHER BELL, No. 20 Rheem Toyota Camry, Joe Gibbs Racing
Finishing Position: 12th
How was the race car today?
“At the end I don’t think I was struggling anywhere, just made a mistake on pit road. At the beginning I was a little bit loose and I kept tightening up and I overall hurt us. Probably just needed to stay a little bit free there and just drive it.”

How difficult it is to stay focused during a day this hot?
“It’s tough, it’s really hot. Gibbs does a really good job taking care of their drivers. Just bummed, that’s all.”