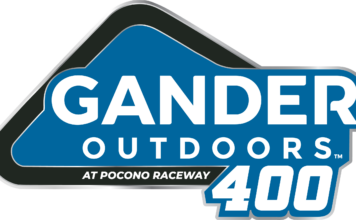 ​This weekend’s Gander Outdoors 400 at Pocono Raceway offers Paul Menard and the No. 21 Menards/Libman team a first of sorts.

“It’s the first track we’ve been to besides Daytona for the second time as a group,” Menard said of himself and his team, which began working together at the start of this season. “Daytona is its own deal, but this weekend we will have a chance to work off our own notes from the race at Pocono in June.

“We had a good run at the start and then got off a little bit. We kept working on it and got the thing pretty fast and passed a lot of cars at the end.”

Menard restarted near the rear of the pack late in the Pocono 400 and drove up to 11th place at the finish.

He’s looking for even better results this time.

“There are a lot of things we learned before that will apply this time,” he said. “I’m excited about going back.”

Menard also said the battle for one of the 16 playoff berths will be on his mind this weekend, but he’s not planning to let that dictate how he races.

“We’re aware of where everybody around us is in points,” he said, adding that he and the Menards/Libman team won’t base their strategy decisions on what those around them in the standings do. “We’re just going to do our jobs and try to click off top-15 and top-10 finishes, even some top-fives.

“If we do that, the points will take care of themselves.”

Qualifying for the Gander Outdoors 400 is set for Saturday at 4:10 p.m. Eastern Time and the race is scheduled to start just after 2:30 p.m. Sunday with TV coverage for both events on NBCSN.

Menards
A family-owned and run company started in 1958, Menards currently operates 307 home improvement stores located in 14 Midwestern states.  Menards is well known throughout the Midwest for a complete selection of high-quality, name brand merchandise and all the tools, materials and supplies for any job.  Whether just needing a light bulb, gallon of paint or household supplies, or building a deck, fence or new home, there is something for everyone at Menards whether a beginning do-it-yourselfer or more experienced contractor.

Wood Brothers Racing
Wood Brothers Racing was formed in 1950 in Stuart, Va., by Hall of Famer Glen Wood. Wood Brothers Racing is the oldest active team and one of the winningest teams in NASCAR history. Since its founding, the team won 99 races (including at least one race in every decade for the last seven decades) and 120 poles in NASCAR’s top-tier series. Fielding only Ford products for its entire history, the Wood Brothers own the longest association of any motorsports team with a single manufacturer. Glen’s brother, Leonard, is known for inventing the modern pit stop. The team currently runs the Ford Fusion driven by Paul Menard in the famous No. 21 racer.

Official Release
Previous articleHot 20 – Pocono is another non-restrictor plate race, so which one of just four drivers will win it?
Next articleRyan Reed – Iowa Advance