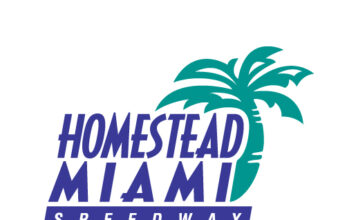 MIAMI— As Homestead-Miami Speedway prepares for its 17th consecutive year of crowning NASCAR’s champions, the Speedway continues to host unique and interactive events during Ford Championship Weekend. This year, fans attending Ford Championship Weekend will have the rare opportunity to take part in an insightful Q&A session with two of NASCAR’s most promising young drivers, Ryan Blaney and Bubba Wallace.

The Q&A session with Blaney and Wallace is part of a special ticket package for Ford Championship Weekend priced at $139. A portion of the proceeds will benefit charities of the drivers’ choice.

The Q&A will be held in the drivers meeting tent from 10:30-11:00 a.m. prior to the Monster Energy NASCAR Cup series practice on Saturday, November 17. In addition to meeting with Blaney and Wallace, fans who purchase this package will also receive the following:

· Pit pass for both days, giving the attendee access to exclusive areas in the infield

· Access to the post-race championship celebration for both days

Don’t miss out on this one-of-a-kind experience to interact with two of the most entertaining drivers in NASCAR. To take advantage of this limited-quantity package and buy tickets to Ford Championship Weekend, visit www.HomesteadMiamiSpeedway.com/bubbablaney or call (866) 409-RACE (7223).

Homestead-Miami Speedway has been open since 1995 following an initiative to spur economic recovery in the aftermath of Hurricane Andrew. The Speedway is a 650-acre facility that features a 1.5-mile oval and 2.21-mile road course. The Speedway hosts on-track events nearly 300 days per year and generates more than $301 million annually for the region. In 2017, NASCAR crowned champions in all three of its national series at Homestead-Miami Speedway during Ford Championship Weekend for the 16th consecutive year (2002-17). Champions crowned at Homestead-Miami Speedway in 2017 were Martin Truex Jr. (Monster Energy NASCAR Cup Series), William Byron (NASCAR XFINITY Series) and Christopher Bell (NASCAR Camping World Truck Series). 2018 Ford Championship Weekend will be held November 16-18.