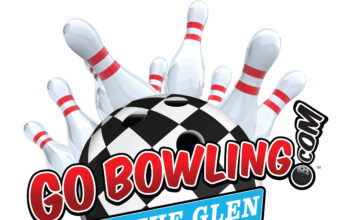 Roush Fenway Racing heads north to the Empire State and the concrete jungle where dreams are made of as the Monster Energy NASCAR Cup Series (MENCS) and NASCAR Xfinity Series (NXS) get set to tackle the 2.45-mile road course at Watkins Glen International. Jack Roush has six wins all-time at WGI, including three in the Cup series, two in trucks and one in Xfinity action.

Martin secured three-straight wins for Roush Fenway at the famed New York road course from 1993-95. He started on the pole for each of the three races and led a combined 183 laps during the three-year streak.

In Xfinity action at WGI, Jack Roush has one win all-time along with eight top-five and 16 top-10 finishes. Carl Edwards earned the win back in 2012 after starting second. Ryan Reed’s top finish at the 2.45-mile road course is ninth, which came two years ago.

I’m in a New York State of Mind

Roush Fenway Racing will surpass the 30,000-mile mark at Watkins Glen this weekend, having turned 29,853 miles thus far. The organization will also earn its 150th start at the road course with 147 all-time starts entering the weekend.

Tale of the Tape – Road Courses

Ricky Stenhouse Jr. sits 56 points outside the final transfer spot in the playoffs, trailing Alex Bowman. The No. 88, No. 17 and No. 21 are battling for the final spot with just five races left before the playoffs begin.
The No. 6, split between Trevor Bayne and Matt Kenseth, is 29th in owner points. Bayne is 31st in driver standings, while Kenseth is 33rd.
NXS

Ryan Reed checks in 11th in the Xfinity standings with seven races remaining until the playoffs.
The No. 60 car, split between Austin Cindric, Chase Briscoe and Ty Majeski, is 21st in owner points.

By the Numbers at Watkins Glen