7 Reasons why my RV battery dies so fast 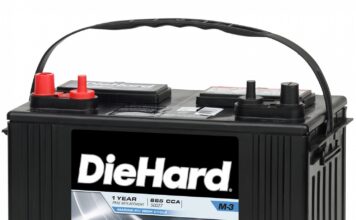 Why does my RV battery die so fast? Unfortunately, that’s not an uncommon question. Making matters worse, there isn’t a single answer to that question. We’ll provide the seven most common explanations as to why your RV battery is dying so fast.

Reason 01: You’re draining it too fast

Why might your RV battery be draining too fast? You may have more power draw on the batteries than you think you do. Dome lights and headlights left on are two common culprits.

Furthermore, you should disconnect the ground wire while it is in storage to prevent that from draining the battery when it isn’t in use.

Reason 02: Your battery wasn’t at 100 percent to begin with

It is possible that your battery wasn’t fully charged. Then you’re starting with anywhere from 50 to 90 percent of the power you thought you had. Then the battery runs out of energy sooner than expected.

What can cause this to happen? Fast charging of a battery with a charge controller that won’t then switch to float mode to top it off will get you to the 80 or 90 percent mark, but that means the battery dies 10 to 20 percent sooner than expected.

Incorrect wiring can result in lost power that is converted into heat. This can cost you a few percent of your power, too, and it is a fire hazard, as well.

One possibility is that the solar panels or other power sources aren’t delivering all the power you thought it was. A PWM solar charge controller won’t deliver all of the power mis-matched solar panels are generating, so you’ll lose up to half of those 100 watts as they pass through the controller.

When the battery receives half to two thirds of the power you think it does, it will die sooner than you expected. Another mistake is not letting the batteries charge long enough. They typically need eight to ten hours to charge the battery.

A fully discharged deep cycle battery may need twelve hours of charging when connected to the power grid. Set up the solar panels in the afternoon, and you’ll be lucky to get the battery half charged by nightfall. Don’t be surprised if the batteries only last an hour or two after that.

This mistake is periodically made by new RV owners and those who store batteries for infrequent usage. The battery is going to slowly discharge its power over time. It will, eventually, go dead. A low level of power from a trickle charger can prevent this, though it may not fully charge the battery.

It will also prevent the battery from freezing in the first place. Fail to do even this, and you have to fully charge the battery once in a while in order for it to retain its “chemical memory”, the ability to fully recharge to 100 percent.

Let it totally die and remain dead for an extended period of time, and you may never be able to fully charge it again.  If you do manage to partially charge it without severe outgassing, you may be surprised when it lasts a fifth as long as expected.

One solution is to fully recharge the batteries every month while it is in storage. Otherwise, it will lose up to 10 percent of its charge every month.

Reason 05: You aren’t maintaining your batteries

There are mistakes many people know will destroy their batteries. Trying to charge a literally frozen battery, for example, can cause it to explode. Fast charging maintenance-free batteries can cause a dangerous out-gassing or explosion, too.

However, there are other mistakes you may be making with your battery that kill their power capacity. Not adding water as required prevents them from being able to fully charge. Note that this isn’t an issue with gel batteries.

Not reversing the sulfation on the lead-acid battery plates will reduce their ability to store power, too. This is why a failure to maintain batteries will lead to a gradual reduction in how much power they can store. You can reverse sulfation by setting your battery charger to the mode to do exactly that.

This “battery maintenance mode” or “anti-sulfation” mode typically runs 20 percent higher voltage through the battery to break up the sulfates on the plates. However, this mode should be used sparingly to avoid damaging the batteries.

While car insurance won’t cover a new battery, you could be held liable if your battery starts a fire that harms another person or vehicle.” after “This can cost you a few percent of your power, too, and it is a fire hazard, as well.

Overcharging can cause battery casings to crack or cause the electrolyte to bubble out or outright explode. It can damage the plates and wiring, too. Unregulated solar panels can send surges of power to the battery that boil off electrolyte, too.

Any damage like this will undermine the storage capacity of the battery if it works at all.

There are several ways you can make mistakes when charging the battery that end up reducing its energy level or its overall capacity. Trying to use a battery charger that has burned out components or safeties engaged is an obvious one.

For example, the battery charger may have burned out from exposure to over-voltage or excessive temperature, and now it won’t work until you reset the relays or replace them. Connecting the battery to power source with a dead charge controller may mean it is over-charged because there is no working protection, or the burned out unit prevents any power from reaching the battery.

Incorrectly wiring the battery so that the battery doesn’t get all the power being sent to it is another one. Verify that you’re connecting the battery properly to the charging equipment to ensure that it fully charges.

Periodically check it with a voltmeter or multi-meter, too, since the charge controller screen may not be giving you an accurate reading. This could be as simple as it reading “100 percent” when the battery is really charging at 80 percent.

There are many reasons the RV battery may not be at full capacity or dies sooner than expected. We’ve explained the most common reasons this occurs.

We’ve provided an overview of how you can determine what may have happened and, in many cases, how to prevent it from happening to you.