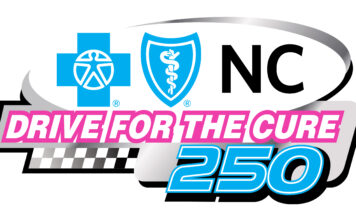 Michael Annett
No. 1 Pilot Flying J Chevrolet
• After finishing ninth at Richmond Raceway last weekend, Michael Annett currently stands sixth in series points with two races remaining in the Round of 12.
• Annett finished 20th on the Charlotte Roval last year.
• Saturday’s race will be his Annett’s 25th on a road course in the NASCAR Xfinity Series, and his best finish in the previous 24 was a second-place run at Road America in 2017.
• This weekend’s No. 1 Pilot Flying J Chevrolet Camaro will again carry a Driver Appreciation paint scheme to honor the over-the-road truck drivers who keep America moving.

Ryan Truex
No. 8 Marquis Spa Chevrolet
• Ryan Truex returns to the No. 8 Chevrolet for the fifth time this season at the Roval.
• In four previous starts for JRM, Truex has recorded one top five and three top 10s with a best finish of second coming at ISM Raceway.
• In five previous starts on road courses in the NXS, Truex has earned a best finish of fifth at Mid-Ohio Sports Car Course in 2018.
• In nine starts overall across NASCAR’s three major touring series on road courses, Truex has recorded two top fives and two top 10s.

Noah Gragson
No. 9 Suave Chevrolet
• Noah Gragson heads into the second race in the Round of
12 for the 2019 NXS Playoffs in the eighth and final cut off
position, 15 points ahead of ninth.
• Gragson will make his first NXS start at the Roval on
Saturday. In three previous NXS starts on road courses,
Gragson has earned a best finish of fourth (Road America).
• In two previous starts on road courses in the Truck Series,
Gragson has recorded one top five and two top 10s.
• Gragson has also made a combined 10 starts on road
courses in the NKNPS East and West, scoring four wins.
• Gragson visited Victory Lane in the NKNPSW earlier this
summer at Sonoma.

Justin Allgaier
No. 7 Armour Vienna Sausage Chevrolet
• Justin Allgaier sits fifth in the NXS Playoff standings with two races left until the field is cut to eight drivers.
• In the inaugural NXS Roval race last year, Justin Allgaier finished 15th after being spun while exiting the pit road.
• The 33-year-old driver has three wins on road courses in 27 NXS starts, with eight top fives and 18 top 10s. Two of those victories came last season at Mid-Ohio and Road America.
• This season, Allgaier has one top five and three top 10s in three starts on road courses, with an average finish of 6.0.
• The Illinois native is currently riding a streak of 11 straight top-10 finishes and has three consecutive top fives.

Driver Quotes
“We did what we needed to do at Richmond, which is to score stage points and finish in the top 10. Coming into the race at the Roval, we need to do the same thing so we make sure we’re in good shape for the cutoff to the Round of 8. We’ve had fast cars all season long, and our preparation and strategy has been spot-on. Now is the time to make that all come together and keep fighting forward.” – Michael Annett

“There were a lot of unknowns going into the Roval race last year for the drivers, team and fans. Even though it wasn’t a great race for us because we were caught up in an incident, it was still a great race for the fans. The only question mark for anybody was the back straightaway chicane and the track has done a fantastic job of listening to the drivers and making adjustments to it and I’m excited to get back there and try it out. I think it’s going to be a lot of fun and make for even better racing. Hopefully we’ll be able to run up front with our Armour Vienna Sausage Camaro and get a good amount of stage points and finish strong.” – Justin Allgaier

“Road course racing is always a fun challenge and I’m really looking forward to getting back to turning left and right this weekend at the Roval. The track will be a little bit different than the race last year with the adjustments done to the chicane so I am interested to see how that will look on Friday. I’m just ready to get back behind the wheel of this No. 8 Chevrolet. We have Marquis Spa on the hood for this weekend and hopefully we can give them a good show.” – Ryan Truex

“I’m really looking forward to tackling the Roval this weekend with our Suave Men Chevrolet. The Roval is such a unique road course and I feel really confident that we can unload with the same speed that we had at the three previous road courses this year. Hopefully we can just have a smooth day on Saturday and avoid any potential trouble out there to keep building our points cushion and advance to the next round in the playoffs.” – Noah Gragson

Official Release
Previous articleHow Electric Cars Could Help Power Our Homes in the Future
Next articleDigital Ally joins AJ Allmendinger this Weekend for Driver’s Last Race in the No. 10 Kaulig Racing Chevrolet