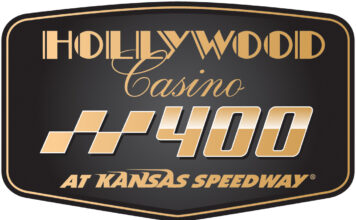 Scott Graves at Kansas Speedway
·         Graves has six MENCS races atop the pit box at Kansas with a best finish of seventh in 2017. He also finished 11th with Ricky Stenhouse Jr., back in 2013 after starting third.
·         Graves also has three races as a crew chief in the Xfinity Series, finishing third with Daniel Suarez in 2016 and sixth with Chris Buescher in 2015.

Last Time at Kansas
Back in the spring race in May, Newman had driven inside the top-10 later in the race, before a pit road penalty forced him to eventually finish 23rd.

QUOTE WORTHY
Newman on racing at Kansas:
“Coming off an exciting finish at Talladega, we’re looking forward to getting back to Kansas this weekend for our second shot at it. Ricky showed some speed there in the spring and we’ve done a pretty good job of adapting to the package changes going back to tracks for a second time. We’re looking forward to the opportunity in our Roush Performance Ford.”

Recapping Talladega
in the sixth-closest finish in NASCAR Cup Series history, Newman was just edged out at the line by 0.007 seconds by Ryan Blaney to finish second in his Wyndham Rewards Ford.