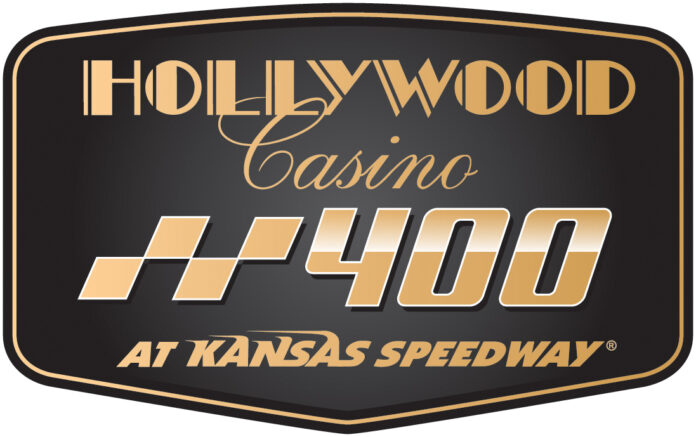 “It was an up and down day. We didn’t start off great but we got better throughout the race. We were able to get up to second there but the 11 was pretty phenomenal and I could only make time at the wall and had to pound the fence to do anything. Lap cars were running the fence and they wouldn’t give you the fence so I would lose time trying to run down. We couldn’t really run different lanes of the race track. That kind of stunk. Eventually I got too close to the fence trying to run it and run those guys back down and hit it. We blew a tire before we could get to pit road. We knew we had to take that chance today trying to run hard. It sucks that I blew a tire and caused that caution. Overall we need to find a little more speed but I am proud of the day that we showed up until that mistake. We will go on to Martinsville.”

WERE YOU AWARE OF THE STRUGGLE YOUR TEAMMATES WERE IN AT THE END OF THAT RACE? “Yeah, I was a little aware. I definitely wasn’t going to go pass them after we were in the back there also. It seemed like they got jammed up a little bit. I hate that the 2 wasn’t able to transfer. It looks like he got run into there on the last restart and lost some spots. You definitely hate to see that.”

“We didn’t make it. I pushed as hard as I knew how and didn’t quite do good enough on the last restart and that was it. We clawed as hard as we could and there were times it looked like we were going to be fine and times it didn’t. In the end it didn’t work out.”

WHEN IT IS THIS CLOSE, IT ISN’T JUST THIS ONE RACE, RIGHT? “Pretty much. That is a fair way of putting it. We just didn’t get through.”

HOW MUCH DID THE DAMAGE WITH THE 20 AFFECT THE CAR? “I don’t know how bad it was, so it isn’t really fair for me to say.”

HOW ABOUT THE DAMAGE WITH TWO LAPS TO GO? “Yeah, I am sure there was more damage there but I don’t know how bad.”

DID YOU FEEL LIKE WHEN YOU WERE ABLE TO PIT THERE THAT YOU WOULD BE OKAY? “Yeah, I did think we were okay but obviously we weren’t.”

WHAT DO YOU DO NOW FROM HERE? “Go win Martinsville.”

“That was not a very good weekend from top to bottom. I just didn’t have a very good car today and didn’t have a very good day on pit road. Nothing went right all weekend. It was definitely one of the worst weekends we have had in awhile. We had to start in the back and had a tough day getting through traffic. A couple times we got up there and then had bad stops and got mired in traffic. It didn’t go as planned with our Jimmy John’s Ford but we did what we needed to do to get to the next round and now we get to start over.”

HOW DO YOU RESET WITH MARTINSVILLE COMING AND THEN TEXAS: “I think we just have to go home and make some decisions for Texas tomorrow. Obviously we still have to beat the Gibbs cars. We just have to go and see what the other cars did this season with their higher downforce cars and see how it worked for them and go from there.”

ARE YOU SHOCKED THAT SOMEHOW YOU SURVIVED AND ADVANCED? “Yeah, it felt like that this whole round. Starting in Dover when we watched the race start in the garage. Then the crash in Talladega but scoring enough stage points and an okay enough finish to get some points. Then today, whew, we got that stage win which was great and that is a point that will continue on, so that is a big deal. We needed every point we could and it looked like we were in a good spot. Next thing you know they are wrecking on the outside and I get hit and I am going through the grass. I felt comfortable before that but the next thing you know – I am watching it here on the replay for the first time – I didn’t hit anything so I got lucky for sure. I have been lucky a few times. We were able to finish Talladega and I parked the thing and there was a hole in the radiator. It was hard fought and blue collar round for sure. We just have to smooth it out a little bit. We need to not have as much carnage out there and finish some of these things. On to the next round. We get to reset, thank God. We will fight from there.”

YOU HAVE BEEN CONSISTENT IN SAYING THAT EVERY POINT MATTERS IN EACH RACE. DO YOU FEEL VINDICATED IN THAT STANCE TODAY? “Yeah. Nine points after three races. I think every one of them matters for sure. You just have to fight for every point. I think everyone does the same thing. It is tough. You see a late race restart in Kansas and it is like, ‘Oh boy, we are about to crash some stuff.’ Because everyone is trying to get every point possible especially when cars are right on the cut line and know they have to pass three or four cars. Then it becomes a real mess. Luckily we made it.”

“Obviously we wanted to be in victory lane. I like the situations that we could put the car in and it would withstand. We got a little bit of damage there on that last stage. I don’t really think that affected it that much. It was a decent day. It wasn’t a stellar day by any means. I am proud of our effort. I am proud of trying something there and it working out.”

YOU HUNG IN AND STAYED ALIVE A LONG TIME THIS YEAR: “Yeah, in the playoffs we stepped up in a big way. Not having a points pad or anything like that and going into these rounds is difficult. Those guys have 20 or 30 points on you, so to come within a fighting chance. Had that deal not have happened last weekend we would be right there. You knew that was the opportunity last weekend but unfortunately it just wasn’t our day.”