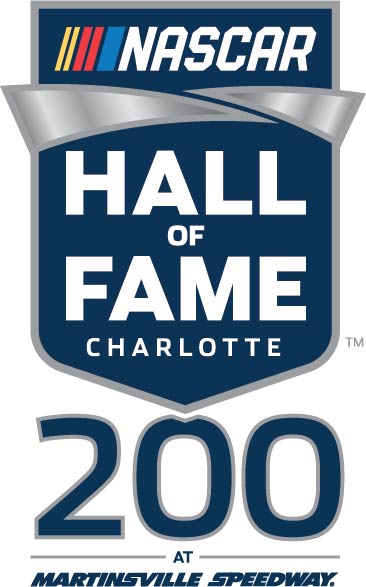 Notes:
– Sheldon Creed enters Martinsville with a streak of six consecutive top-10 finishes, four of which are fourth or better.
– The No. 2 team will utilize chassis No. 310 this week in Martinsville. Creed has two top-10 finishes in three outings with this chassis in 2019.
– Creed’s Silverado carries the pink Chevy Cares paint scheme in honor of breast cancer awareness. Special pink ribbons on the truck honor those close to GMS employees that are breast cancer survivors, fighters and those no longer with us.

“We didn’t have the race we were hoping for when we ran here in the spring, we got caught back in traffic and could never quite rebound. I’m looking forward to improving on that this weekend. This team has been been improving every single week and has been putting together solid runs the last few weeks. It’ll be a true test of what we’re capable of to go to a track that we didn’t perform our best earlier in the season and do everything to be successful. I think a top 10 would be great for a track as tough as Martinsville, a grandfather clock would be even better.”

Martinsville Stats
– Mayer has no prior starts at Martinsville, but did test a truck at the track this summer.

Notes:
– This will be Sam Mayer’s second NASCAR Gander Outdoors Truck Series race. He made his debut at Bristol in August where he ran in the top 10 much of the race until an accident with seven laps to go took him out of contention.
– Mayer was able to test his No. 21 ManpowerGroup Chevrolet at Martinsville this summer and get a feel for the paper-clip shaped oval.
– Mayer will race chassis No. 116 at Martinsville. This Silverado was part of Justin Haley’s fleet in 2018.
– Mardy Lindley will again be Mayer’s crew chief for the truck race. The duo recently claimed the NASCAR K&N Pro Series East championship.
– The No. 21 Silverado will feature a pink scheme in honor of breast cancer awareness. Special pink ribbons on the truck honor those close to GMS employees that are breast cancer survivors, fighters and those no longer with us.
– Manpower U.S. will sponsor Mayer in his three NGOTS starts this season. ManpowerGroup(R), the parent company of Manpower and headquartered in Milwaukee, Wis., is the leading global workforce solutions company which helps organizations transform in a fast-changing world of work by sourcing, assessing, developing and managing talent that enables them to succeed.

“I’m really excited for Martinsville this weekend. I feel like GMS will bring a great Silverado for me to run and all I want to do is learn, have fun and have a solid finish. I can’t thank Manpower enough for all they do with being on the truck this year, and hopefully we can get them a solid finish since they will have guests here from their Lynchburg, Va., office.”

Notes:
– In his four starts at Martinsville Speedway, Brett Moffitt has never finished worse than sixth.
– Moffitt enters Martinsville leading the playoff standings. He is 45 points above the cut line and 23 points ahead of second place with two races before the final elimination.
– The No. 24 team will utilize chassis No. 313 this week in Martinsville. Moffitt has earned a top-five finish in both events he has competed with this chassis this season.
– Moffitt’s Silverado sports a special pink paint scheme in honor of breast cancer awareness. Special pink ribbons on the truck honor those close to GMS employees that are breast cancer survivors, fighters and those no longer with us.

“Martinsville is a tough place to race and win because the racing is so physical and aggressive. I think that’s part of why I like competing there. We had a solid top-five finish there in the spring, it would be great to improve on that with a win on Saturday. We’re in a pretty good position in the playoffs right now, but I would be a lot more comfortable with a win to officially punch our ticket to the Championship 4 in Miami.”