Is there any merit to the sim racing/real racing debate? 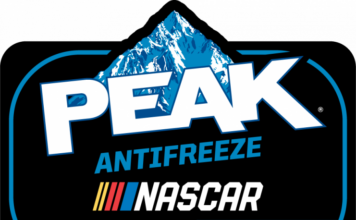 One side holds a slew of individuals who are quick to decry sim racing, saying that it shouldn’t be held to the same standard that actual racing is. They’re quick to point out how absurd it is that sim drivers are getting noticed and called upon by actual individuals in the racing world to compete under their banner. Drivers and dignitaries such as Denny Hamlin, Dale Earnhardt Jr. and Parker Kligerman all have sim drivers who compete for them.

This side of the debate is understandable. The NASCAR world is full of drivers who still have to scratch and claw their way to the top for even the smallest opportunity to compete in the main event. Some of those drivers don’t even get the opportunity to prove themselves. Therefore, in a sense, their frustration is almost warranted when they see competitors who don’t have to put in as much work and effort as they do get their spot in the limelight while hobnobbing with the sport’s greatest names.

On the other side of the argument, sim racers are quick to point out the actual drivers who have benefited from sim racing, such as William Byron, Josh Berry and Ty Majeski. For that matter, when Hamlin swept Pocono in 2006 he was quick to credit his time on a racing simulator and how it helped him navigate the speedway.

Ryan Newman is also someone who has benefited from sim racing before. After crashing in both Bristol events in his rookie season, Newman took to EA Sports’s NASCAR Thunder 2003, where afterward he said in a Sports Illustrated interview that the game helped him learn a few things on how to get around the track.

It’s been established that sim racing is a beneficial tool in today’s motorsports world. As for the sim competitors getting live television coverage and signing deals with the sport’s top teams, is that necessary? Do sim racers really need to be held in a higher capacity than the regional competitors looking to make a name for themselves?

From a practical standpoint, no. Sim racing cannot replace the actual, real-life experience of a live race track. It cannot make up for the senses one experiences at a track. But from a marketing standpoint? This is something that racing needs regardless of discipline, be it NASCAR or Formula One.

At this point in time, eSports is a real thing and is treated with the same legitimacy any other sport does. There’s a lot that goes along with eSports competition, and there are even strength and conditioning coaches for eSports competitors. With games like Overwatch and Fortnite bringing such competitions into the spotlight, the world can now see just how much of this is a legitimate business.

That being said, NASCAR now knows how to bring in a new crowd and get more people involved. The more sim racing gets marketed, the chances are more devout gamers may toss their hats in the ring. On top of that, the more recognizable drivers/individuals who decide to start their own eRacing teams, the better the chances are for sport, competitor, and team to spread the racing product and what they’re trying to do.

Besides, it’s a great way to crank out a racing fix when there’s no racing going on. iRacing rigs are notoriously cheaper to set up than a weekly race team, and the amount of detail that goes into the games is surprisingly life-like. There are sim racers the world over who pour hours and hours of time into their iRacing efforts, and it shows. To be fair, with the current business model in racing and how much it’d cost to actually form a team that could compete for wins, sim racing could very well be the more viable alternative.

When all is said and done, both real racing and sim racing have their individual pros and cons. Nothing can match the spectacle and glory of a real-life event, and sim racing will never be able to match that experience. But at the same time, sim racing is available year-round and is a good way to keep off the pre-/post-season doldrums. It’s all a matter of preference; that said there’s no point to argue which is better or why it is better.