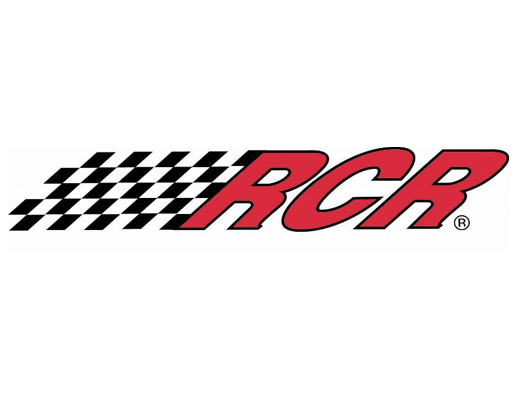 Street to Lead Efforts on Multi-Driver No. 21 Chevrolet Camaro

WELCOME, N.C. (January 24, 2020) – Long-time Richard Childress Racing team member Andy Street has been promoted to crew chief within the organization’s NASCAR Xfinity Series program, building on a long-standing tradition of utilizing the Series to grow and develop talent from within. Street, a Kernersville, North Carolina native and 16-year veteran employee at RCR, will lead a multi-driver lineup that includes Myatt Snider, Anthony Alfredo, and Kaz Grala, in the No. 21 Camaro in the Xfinity Series.

“Over the years, we have been able to successfully use our NASCAR Xfinity Series program as a proving ground for talent and it’s always a strong testament to our ladder system when we are able to promote from within,” said Danny Lawrence, director of RCR’s Xfinity Series program. “Andy has played an integral part of RCR’s success during his long career here in both the Xfinity Series and the NASCAR Cup Series and we know he is ready, capable and poised for success as a crew chief. Our hope is that this is Andy’s first step to succeeding as a crew chief and that he will win races and move up within the company.”

Since joining RCR as a design and test engineer in 2003, Street has served in a variety of roles within the company, most recently working closely with up-and-coming drivers in the Xfinity Series as an engineer, and playing a key role in R&D as a design engineer specializing on chassis and suspension systems. He has contributed to several key wins for the organization as a team engineer in the NASCAR Cup Series, working with Kevin Harvick and Clint Bowyer, winning a combined 10 races.

“Andy is a brilliant design engineer, who has spent a lot of time and effort at RCR over the past 16 years,” said Andy Petree, vice president of competition. “When Andy stepped into the Xfinity Series crew chief role in Richmond Raceway last fall, I was very impressed with how he went about the weekend running and leading the race team. He proved he is worthy of this role. He’ll be the perfect complement to both Justin Alexander and Randall Burnett because of his engineering background and having worked with both of these guys on the R&D side of the company.”

Street, who holds a degree in mechanical engineering from UNC Charlotte, rounds out a 2020 crew chief lineup that includes Justin Alexander (No. 3 Chevrolet) and Randall Burnett (No. 8 Chevrolet), strengthening RCR’s focus on engineering and technology.

“I am honored for this opportunity to work as a crew chief within this organization where I have spent a majority of my career,” said Street. “I know that we have the tools necessary to win races. It means so much to me that Richard Childress, Andy Petree and Danny Lawrence have the confidence in me to help develop Myatt Snider, Anthony Alfredo and Kaz Grala as they try to make a name for themselves in the Xfinity Series. I will work my hardest to represent RCR to the best of my ability.”

Street, who currently resides in Lexington, N.C. with his wife Lauren and daughter, Addison, is a former drag racer. He spent many of his high school days on the road traveling around the state driving a 1972 Chevrolet Nova in the sportsman bracket program, as well as a 1981 Chevrolet Camaro in the local top sportsman series. He notched his first win, of many, in 1996 at Farmington Dragway.

For more information and all that is going on at RCR, visit rcrracing.com.

About Richard Childress Racing:
Richard Childress Racing (rcrracing.com) is a renowned, performance-driven racing, marketing and manufacturing organization. Incorporated in 1969, RCR has celebrated over 50 years of racing and earned more than 200 victories and 16 championships, including six in the NASCAR Cup Series with the legendary Dale Earnhardt. RCR was the first organization to win championships in the NASCAR Cup Series, NASCAR Xfinity Series and NASCAR Truck Series and is a three-time winner of the Daytona 500 (1998, 2007, 2018). Its 2020 Cup Series lineup includes two-time NASCAR champion, 2017 Coca-Cola 600 winner and 2018 Daytona 500 champion Austin Dillon (No. 3 Bass Pro Shops/Dow/American Ethanol/Symbicort Chevrolet), along with Rookie of the Year contender and two-time Xfinity Series champion Tyler Reddick (No. 8 Caterpillar Chevrolet). Its Xfinity Series program will include Anthony Alfredo, Myatt Snider (TaxSlayer Chevrolet) and Kaz Grala in select races during the year.