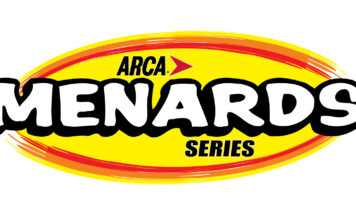 Las Vegas Stats
– Making his first ARCA West start at the Bullring in Las Vegas.2019 ARCA West Season Recap
– Starts: 1, Best start: 1, Best finish: 2, Top 5s: 1, Top 10s: 1, Laps Led: 63
Notes:
– Mayer comes into this race with a win at the season opening ARCA East Series race at New Smyrna. He started sixth and led 27 laps on his way to victory lane.
– Thursday will be Sam’s first race at the Bullring in Las Vegas.
– Mayer will be running a paint scheme honoring the late Spencer Clark and his posthumous Spencer Clark “Driven” Foundation.
– Mayer and the No. 21 team will compete with chassis No. 406 this week in Las Vegas. This is the same chassis that Mayer won with in New Smyrna earlier this month.
– The Spencer Clark Driven Foundation is a cause close to the Gallagher family. Spencer Gallagher followed the same racing path as Spencer Clark, and the origins of GMS Racing tie back to the connection between the families. The entire GMS organization strives to honor Clark’s legacy on and off track with the number 23 as the flagship vehicle.Quote:
“I’m super excited to be running a tribute scheme for the first time! It is really an honor to have Spencer Clark on the car and I hope that we can have a really solid finish just to show how strong GMS really is. I’m really confident in what GMS Racing brings to the race track and we have a lot of momentum from New Smyrna that we will carry into the Bullring!”

GMS Racing competes full-time in the NASCAR Gander RV & Outdoors Truck Series with drivers Brett Moffitt, Sheldon Creed, Tyler Ankrum and Zane Smith as well as part-time with David Gravel. The team also competes in the ARCA Racing Series with Sam Mayer. Since the team began in 2014 GMS Racing won the 2016 Gander Trucks Championship, the 2015 ARCA Racing Championship and the 2019 ARCA East championship. The organization has grown to occupy several buildings located in Statesville, N.C. The campus also includes operations for GMS Fabrication. More information can be found at https://gmsracing.net/.

Twenty Races on Tap for ARCA Menards Series in 2023