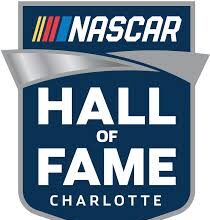 Dale Earnhardt Jr., Mike Stefanik and Red Farmer were voted into the 2021 class of the NASCAR Hall of Fame Tuesday evening. Earnhardt and Stefanik were chosen from the Modern Era ballot while Farmer will represent the Pioneer Era.

Ralph Seagraves, an official with the R.J. Reynolds Company and instrumental in the Winston brand sponsorship, was named as the recipient of the Landmark Award for Outstanding Contributions to NASCAR.

Earnhardt is a two-time Daytona 500 winner, claiming the checkered flag in 2004 and 2014 and was voted as NASCAR’s most popular driver from 2003 until 2017 when he retired from driving full-time and transitioned to a broadcasting career with NBC Sports. He won two Xfinity Series titles in 1998 and 1999 and had 26 victories during his Cup Series career. His JR Motorsports Xfinity team has earned three championships with 48 wins.

Earnhardt shared his thoughts on being nominated and the events leading up to Tuesday’s announcement.

“When that list of nominees came out I was so honored to be on that sheet,’’ Earnhardt said. “I couldn’t believe my name was on that sheet to be honest with you. I know those guys and their body of work. I was good with just being on the sheet and was going to be happy with that,’’ he continued.

“It’s such a great feeling that someone feels like I made an impact on the sport,’’ Earnhardt said. “And I know my numbers, the wins, the lack of a championship; I know what my numbers are. And I feel like I was chosen based on that but also based on the impact off the race track and being an ambassador for the sport.”

Early in his career, Earnhardt realized that he would always be compared to his father but he also knew that it was an impossible legacy to live up to and that he would have to carve his own path.

“I wasn’t always perfect, but I started focusing in those areas and being accessible, being available, being accountable and I feel like I did a decent job at that. I don’t want to sit here and measure it, that’s up to someone else, but I’m pretty happy with that part of my career when it comes to the impact I had on the sport. I’m very happy with it considering the fact I didn’t have that success my father did but yet I was able to move the needle a little bit in the mainstream media.’’

Red Farmer, a member of the Alabama Gang, has a win total that is uncertain but estimates put it at more than700. At almost 90-years-old, he is still competing on short tracks. He claimed three consecutive championships from 1969-71 in the Late Model Sportsman division and ran 36 races in the Cup Series with a best finish of fourth (twice). In 1998 he was named as one of NASCAR’s 50 Greatest Drivers.

He has raced against the best in NASCAR in a career that began in 1953 and was thrilled to be included in the NASCAR Hall of Fame.

“I had to catch my breath there for a minute,’’ he said, “This is the biggest honor you could ever get. I started down there on the beach in 1953. I’ve been in NASCAR a long time and got to run against a lot of great drivers.’’

Details for the 2021 NASCAR Hall of Fame induction ceremony have yet to be announced.

Angela Campbell
A native of Charlotte, NC, Angela (Angie) was first introduced to racing by her father. An avid fan of NASCAR, she found a way to combine her love of racing with her passion for writing. Angie is also an award-winning member of the National Motorsports Press Association. Follow her on Twitter @angiecampbell_ for the latest NASCAR news and feature stories.
Previous articleDale Earnhardt Jr., Mike Stefanik and Red Farmer elected to NASCAR Hall of Fame 2021 class
Next articleThe place where casinos meet racing- The amazing Circuit de Monaco