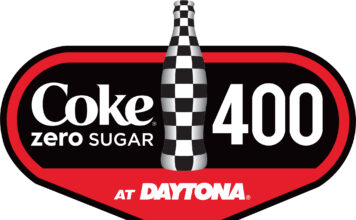 Johnson, Byron and DiBenedetto on Bubble; Others Hoping for a Win to Play Spoiler Role

DAYTONA BEACH, Fla. (Aug. 24, 2020) – Words and phrases that are guaranteed to be heard this week for the cut-off race for the 2020 NASCAR Playoffs – Saturday’s Coke Zero Sugar 400 at Daytona International Raceway – include: “Intense. Pressure-Packed. No Holding Back. Desperation. Aggression. All-Out. Must Win.” At the top of the list, “Must See!”

For thirteen drivers, there is no worry as they have already qualified for the 16-team postseason. For the rest, get ready! Veteran Clint Bowyer sits 14th, 57 points above the cut line, but by no means does is he safely in. For three drivers, however – Matt DiBenedetto (15th, +9), William Byron (16th, +4) and his Hendrick Motorsports teammate, two-time DAYTONA 500 champion Jimmie Johnson (17th, -4), they are absolutely on the bubble, and the pressure is already there.

“I am going to sit and hope and pray all week that we can just come out of there clean and make the playoffs,” said DiBenedetto, who has seen his fair share of bad luck at Daytona’s 2.5-mile tri-oval, but did had an eighth-place result a year ago in the Coke Zero Sugar 400. “I have crashed in the back (of the pack), the middle, running second multiple times. On the bottom (of the track), the middle, the top. You name it and I have been minding my own business and gotten wiped out. So, sometimes it doesn’t really matter how smart you race and all the things you do right, even if you are running first or second.

“Your whole season and year falls for us on Daytona as a cut-off and that is the last situation you want to be in. It is tough. There are some good guys that are battling – Jimmie Johnson, William Byron and some tough competitors, and a couple of surprise winners this year. That bumps us back further and that has been a perfect storm of things lining up for us to really fight this next week.”

Just a good finish may not be enough, either, since points will also be awarded at the conclusion of the first two stages of the event. It will prompt not only the Bowyer, Byron, Johnson and DiBenedetto to race as hard as they can for the full 400 miles, but also those further below the cutline, searching for their first win of the season and automatic playoff berth.

“It’s going to be insane,” Byron, driver of the famed No. 24 Chevrolet, said of what awaits at Daytona. “You have to race aggressively at Daytona, you have to go for the stage points, hopefully get five or six – 10 would be awesome – and then you can kind of live with the result at the end of the race. It’s good to be on the good side I guess. There’s a guy within reach…really two spots up for grabs. Hope Jimmie and I can get those spots.”

“Studying, worrying – any of that isn’t going to make a difference,” said Johnson, who won the 2013 Coke Zero Sugar 400, completing a DAYTONA sweep that season. “So, go down there (to Daytona), say a few prayers, maybe say a prayer per lap and see how that plays out I guess. We’ll race hard and if it’s meant to be, it’s meant to be.”

A limited number of fans will get the opportunity to see the much-anticipated Coke Zero Sugar 400. Fans can get tickets, which start at $49 (both races included) for adults and $10 for kids 12 years old and younger, by visiting www.daytonainternationalspeedway.com or calling 1-800-PIT-SHOP. It marks the first time in history that the summertime classic, normally run around July 4th since 1959, will serve as the NASCAR Cup Series Playoff cut-off race.

While a lot of the focus may be on Johnson, Byron and DiBenedetto, not completely out of the playoff picture via points is 2018 Coke Zero Sugar 400 winner Erik Jones (-50) and Tyler Reddick (-69).

“This isn’t over for us yet,” said Reddick, pilot of the No. 8 Chevrolet for Richard Childress Racing. “We still have one more chance to make the playoffs at Daytona International Speedway, and I’m looking forward to the challenge.”

On the other side of the coin, locked in, are regular season champion Kevin Harvick, Denny Hamlin, Brad Keselowski, Chase Elliott, Joey Logano, Martin Truex, Jr., Ryan Blaney, Alex Bowman, Aric Almirola, Kyle Busch, Kurt Busch, along with Austin Dillon and Cole Custer. Dillon and Custer are actually 18th and 19th in the point standings, respectively, but won races this season to make it into the playoffs.

Here is a quick snapshot of those on the bubble or below the cut-off line (but within the top 30 in the championship point standings), focusing on their NASCAR Cup Series performances on the storied 2.5-mile Daytona International Speedway.

Currently above the Playoff Cutline:

Currently Below the Playoff Cutline:

The above shows 17 competitors gunning for three playoff positions. DiBenedetto sums it up best when talking about Saturday’s Coke Zero Sugar 400.

“”I don’t know what to expect actually at these things but if I were a guessing man I would say probably quite a bit more chaotic and a whole lot of desperation because this is the last attempt or opportunity for a whole lot of people to make the playoffs,” he was quick to say.” A lot of people can win at Daytona so I would assume it might be quite chaotic.”

About Daytona International Speedway
Daytona International Speedway is a state-of-the-art motorsports facility and was awarded the SportsBusiness Journal’s prestigious Sports Business Award for Sports Facility of the Year in 2016. Daytona International Speedway is the home of “The Great American Race” – the DAYTONA 500. Though the season-opening NASCAR Cup Series event garners most of the attention – as well as the largest audience in motorsports – the approximately 500-acre motorsports complex, also known as the “World Center of Racing,” boasts the most diverse schedule of racing on the globe. In addition to at least nine major event weekends, the Speedway grounds are also used extensively for events that include concerts, civic and social gatherings, car shows, photo shoots, production vehicle testing and police motorcycle training.