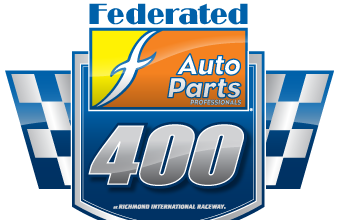 NASCAR heads to the Old Dominion this weekend as the Cup Series tackles Richmond Raceway Saturday night. Jack Roush has 15 wins overall at the .75-mile track, including five in the NCS. Most recently, Ryan Newman earned a pair of top-10 results at the track a year ago, including a fifth-place run in the fall.

· After starting 31st last Sunday in Darlington, Newman rallied for a 15th-place finish at ‘The Lady in Black’ in the Oscar Mayer Ford.
· Buescher finished 26th after making contact with the wall twice at Darlington.
· Guaranteed Rate returns to Newman’s machine this weekend as part of the overall 12-race program to close the 2020 slate.
· Fastenal returns to Buescher’s machine, continuing to celebrate it and Roush Fenway’s 10-Year Anniversary in 2020.

History in the Commonwealth of Virginia

To Xfinity and Beyond

Roush Fenway has earned nine victories, 43 top-five finishes, 66 top-10 finishes and an average finish of 11.8 at Richmond in the Xfinity Series. All in all, three different drivers are responsible for the nine victories at the Virginia short track (Edwards, Mark Martin and Jeff Burton).