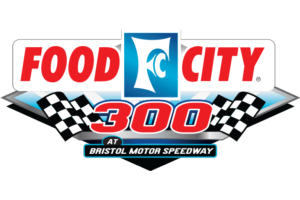 BRISTOL, Tennessee (September 18, 2020) – Harrison Burton (fourth) earned a top-five finish to lead Toyota in the Food City 300 at Bristol Motor Speedway on Friday evening. Burton was joined in the top-10 by his Joe Gibbs Racing teammates Brandon Jones (eighth) and Riley Herbst (10th). All three drivers have secured Playoff spots and will begin their Playoff journey next weekend at Las Vegas Motor Speedway.

What kind of things did you encounter tonight?

“It’s just a crazy race track. It’s Bristol Motor Speedway. It’s legendary for a reason. Gosh, it’s just so hard to pass here. It puts you in situations where you have to be super aggressive if you have the opportunity to go inside someone because if you can hold them on the outside they are in trouble. It was a fun race. I wish we could have run a little better obviously. Fourth is good, but not great. We will keep working to get better for the Playoffs. I’m super excited going into Playoffs. I feel really, really good about our team and where we are going as a company. I’m excited to get to work here and hopefully we can come out of here with a championship.”

Is a run like this encouraging as we prepare to start the Playoffs next week?

“Yeah, I feel like it’s encouraging because it doesn’t feel like a good day for us. That seems backwards, because we didn’t have a good day but the encouraging part is we still ran fourth. We were kind of off. We had to work really, really hard to get our car better. We mad big adjustments all night. At the end, we were decent but not good enough still. That’s exciting to me because we can hang our heads and be disappointed about fourth and know that we are way capable of a lot more. That’s the big thing for us. Just knowing that we are capable of more and getting after it.”

How are you feeling about how our team is running currently?

“I’m frustrated because I feel like we’re not running up to our potential as far as lap time. Tonight, it was a track position battle big time. It’s hard to pass here. You about have to wreck the guy in front of you to pass. It was a challenge to try to get that track position once you lost it. We did a good job I think all night of kind of getting ready and trying to survive until the end and then it just didn’t work out at the end. I’m excited. I think we’re going to have a really good Toyota Supra in the Playoffs. I know my guys are putting in extra hours and I’m putting in extra hours and I’m just so excited to go to work and have a chance to run for a championship. It’s really going to be fun and I’m excited.”

Another solid top-10. What did you think about tonight’s race?

“I wasn’t really pleased with the way that it ended, honestly. At times, we were running top-three lap times, and I just didn’t have really a racy car tonight. I didn’t feel like I could ever move anyone out of the bottom of the track like I was getting moved and wasn’t able to get into anyone’s left rears. It just kind of seemed like all day that the bottom was the obviously the preferred grove. That’s where you wanted to be. Restarts weren’t bad up top. I think we made a little bit of ground. I think we learned a little bit there. I had to change up the way I was using the brake pedal a lot. So that was something that I had to adjust too, and it took me a long time to where I was using that effectively. Like I said, we had really good speed in our Menards Supra. We just have to figure out how to get our Supra to run around others a little better.”

What is your Playoff mindset going into Las Vegas?

“I think Vegas is the one we need to go out and just wear them out. That could be the one you just go and win and if we do that and lock ourselves into the next one then Talladega and the ROVAL, those two, you go out and be aggressive and try to get as much as you can. If it doesn’t work out, you don’t have to worry about it too much. That we will our plan going into Vegas, but not putting ourselves in position either to where it’s going to mess us up at the end of the day and make to where we have to be good at those other two tracks. I think we will run really well there. We went to Vegas the first time this year and it seemed like we had really good speed in practice. We thought we were going to win the race. The track changed on us a little bit and we also got some damage early that changed our race too some. I think we will be really good this go round.”

What else did you need to get into the top-five tonight?

“If we were coming back to Bristol, I would definitely know what we need. We just started bouncing the nose really bad over there in the PJ1 and rubber build up. Just couldn’t get the handle on our Monster Energy Supra tonight. I need to be better. We need to be better on pit road and me behind the wheel. It was a good wake-up call as we head to the Playoffs here. Going home so maybe we can get some home luck next week and cash in, get a win and advance and spoil some people’s Playoff bubbles.”