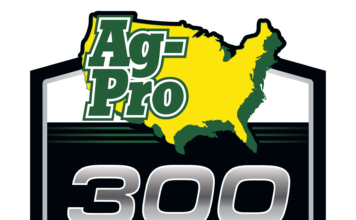 THAT BLOCK YOU THREW ON THE 9 AT THE END, WALK ME THROUGH THAT AS YOU WERE TRYING TO KEEP THE LEAD: “Yeah, at the end you are doing everything you can to protect the runs and he is doing everything he can to make moves. It is just part of racing here. It was exciting, at least on my end. I about wrecked two or three times trying to block. It was cool. He had talked to Dale (Earnhardt Jr.) about how to run this place and I had talked to Dale about how to run this place and it was weird because I knew what he was trying to do every time so I was trying to protect it. Overall, it was a really good day overall for our Ford Performance Racing School Mustang. To win two stages, that is huge going into the next round. 20th obviously doesn’t tell the whole picture but that is part of racing here and we will go to the Roval next week and have some fun.”

WHEN AUSTIN CINDRIC FELL OUT AFTER BEING YOUR DANCING PARTNER ALL DAY LONG, THEY TOLD YOU THAT YOU HAD TO MAKE IT HAPPEN YOURSELF. HOW DID THE GAME CHANGE FOR YOU AT THAT POINT? “Truthfully, it was going to change regardless going into that final stage. Our whole goal the first two stages was to help the 22 get enough points and he did a really good job of trying to protect for both of us. Once he got knocked out, it obviously hurt our help but I felt like we were pretty good to be able to manage it. There at the end everyone is out there for themselves so it made it a little easier.”

“It looked like the whole pack was going to try to stop there and I felt like that was chaos, especially with how far back in the pack we were. I just got smoked from behind. I had no chance of making it to pit road. It is really unfortunate. Obviously we hit the wall a ton. I really wanted to have a great run for our CARQUEST Ford Mustang and their first race on the car for us. It is really cool to have them back in the sport. We ran up front all day. Unfortunately, circumstances kept me and the 98 from being up front with the way the slower cars stayed out. The way it worked out we went straight to the back and didn’t even have a chance. I can’t even say that we put ourselves back there. It really sucks but it is part of this type of racing. We were hoping to get ourselves locked into the next round today but we will have to go fight for it next week.”