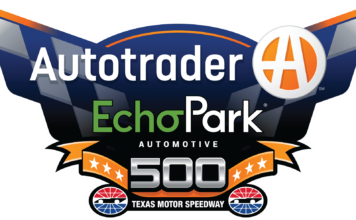 The Lone Star State is the next stop on the NASCAR circuit, a track where Jack Roush has amassed 18 wins, including nine in the NCS. This race marks a return trip home for Chris Buescher, a native of nearby Prosper, Texas, who is coming off a 19th-place run in the spring. Teammate Ryan Newman, a 2003 winner at the track, has six top-10s at Texas all-time.

· With just three races remaining in the 2020 slate, the Cup series heads west to Texas Motor Speedway this weekend for a 500-mile race in the Round of 8 in the #NASCARPlayoffs.
· Sunday’s starting lineup will be set by three competition-based metrics, rewarding both season-long and single-race performance. Buescher will start 20th, while Newman will line up 25th.
· Four weeks of NASCAR action were completed prior to the COVID-19 hiatus with races at Atlanta, Homestead, Texas, Bristol, Richmond, Talladega, Dover and Martinsville postponed before the schedule later picked back up in mid-May.

· Newman worked his way to second midway through Sunday’s race in Kansas, which featured extremely cold temperatures and high winds, before going on to finish 22nd in the Hy-Vee Ford.
· Buescher finished 21st Sunday at Kansas in the Fastenal Ford.
· Guaranteed Rate returns to Newman’s Ford Mustang in Texas, and will finish out the season as the primary as part of its 12-race partnership.
· Fastenal returns to Buescher’s machine at Texas, as do the pink numbers on board continuing to raise awareness during Breast Cancer Awareness month.

Roush Fenway won both the first NCS (Jeff Burton) and NASCAR Xfinity Series (Mark Martin) races at Texas in 1997. Burton began the afternoon from the fifth position and led 60 laps en route to the inaugural victory.

Edwards swept the 2008 NCS races for Roush Fenway at Texas, leading 335 laps in the two events.

Roush Fenway has started 146 NCS races at Texas, recording a total of nine victories, 38 top-five finishes, 59 top-10 finishes, an average finish of 15.7 and has led 2,524 laps. Biffle earned Roush Fenway’s most recent victory at Texas in the April 2012 event.

Roush Fenway has earned eight victories, 26 top-five finishes, 47 top-10 finishes and an average finish of 13th at Texas in the NASCAR Xfinity Series. Roush Fenway won three of the first four races at the 1.5-mile oval.

Based on the strength of Roush Fenway’s numerous accomplishments at Texas, team owner Jack Roush was inducted into the Texas Motor Sports Hall of Fame in 2013.