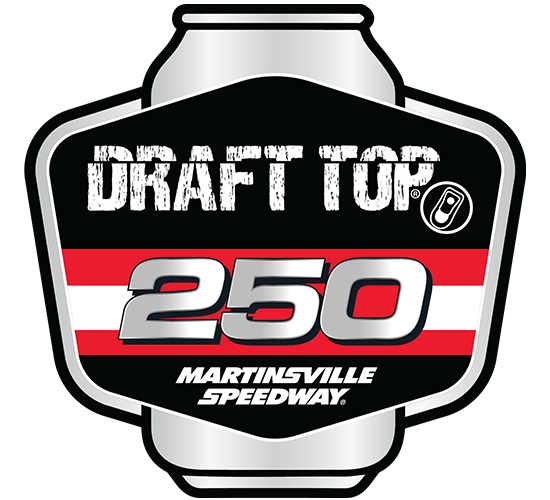 Michael Annett
No. 1 TMC Transportation Chevrolet
• Michael Annett has made six starts at Martinsville Speedway, all in the NASCAR Cup Series. His best finish is 23rd, in the fall race of 2015. He has completed 95 percent of the laps run in those six starts.
• On tracks less than a mile this season, Annett has finished seventh twice in four starts, both coming at Richmond Raceway.
• At Texas Motor Speedway last week, Annett set a personal best for top-10 finishes in a season with his 20th.
• Annett’s No. 1 Chevrolet will feature the black and gold colors of TMC Transportation at Martinsville this weekend.

Jeb Burton
No. 8 State Water Heaters Chevrolet
• Jeb Burton and the No. 8 team enter the final race in the Round of 8 eighth in the playoff grid for the owner’s championship.
• In 12 combined starts at Martinsville across the NASCAR Cup Series and NASCAR Gander RV & Outdoors Truck Series, Burton has earned two top fives and three top 10s.
• This will be the fifth primary race of 2020 for State Water Heaters.
• In addition to State Water Heaters, the Halifax, Va. native will also have God’s Pit Crew on board the No. 8 this weekend in Martinsville. God’s Pit Crew is a non-profit, faith-based crisis response team based in Danville, Va.

Noah Gragson
No. 9 Bass Pro Shops / TrueTimber / Black Rifle Coffee Chevrolet
• Noah Gragson currently sits seventh in the playoff standings and is 24 points below the final cutoff position for the Championship 4 with one race remaining in the Round of 8.
• Gragson has one win (2017) in four starts in the Truck Series at Martinsville Speedway.
• At tracks that are less than 1 mile in length, Gragson holds an average finish of 8.0 with one win, four top fives and nine top 10s in 11 total short track races in the NXS.
• In his last 10 NXS starts, Gragson has tallied five top fives, eight top 10s and has led 90 laps.

Justin Allgaier
No. 7 Unilever United for America Chevrolet
• Justin Allgaier heads into the final race in the Round of 8 as the third seed, eight points above the cut line to advance to the Championship 4 in the NXS Playoffs.
• Allgaier has four Cup Series starts at Martinsville with a best finish of 13th coming in the fall of 2015.
• Allgaier has a strong history on tracks measuring 1 mile or less in length, with eight victories at those facilities in the NXS. Three of those wins came this season after he captured the victory at Dover in August and swept both races at Richmond in September.
• The Illinois native has led a career-high 932 laps this season.

“I’m looking forward to going back to Martinsville for the first race in the NASCAR Xfinity Series in quite some time. It’s a unique track, and we have a lot of experience on the crew side there, with Travis Mack having been at Hendrick Motorsports. We’ve been on a good run lately, with good speed and good strategy, and having TMC Transportation on the car this year has seen some good finishes for us.” – Michael Annett

“I think the race at Martinsville is going to be challenging. You’re going into a race track that a lot of us have been to, but not in an Xfinity Series car. There’s a lot on the line this weekend. I think you’re going to have to be careful and not do anything crazy and just get the stage points you can get and hope that it all goes well. We had a great car at Richmond, the last short track we went to, and I’m excited about getting to Martinsville, that’s for sure. I’m also really proud to have Unilever’s United for America initiative on the car this weekend and to be able to give thanks to all the essential workers out there. They don’t get the credit they deserve.” – Justin Allgaier

“I love racing at Martinsville. It is my favorite track to go to and it is a place that really suits my driving style. I’ve had some strong runs there in the past and I feel extremely confident that we will be in contention for the win with our State Water Heaters Chevrolet. This weekend is my last start of the season and I want to go out and end it on a high note and get this No. 8 team the win that they deserve.” – Jeb Burton

“The way last week ended has definitely fueled a fire to go out to Martinsville and try to dominate the race to get us into the Championship 4. This team deserves to be fighting for a championship and I am going to do everything possible on the track to get it done. It definitely gives me more confidence that we are heading to Martinsville, a place where I have had success in the past in the Truck Series. I’m just ready to get out there and do what we have to do to get to Phoenix.” – Noah Gragson

JRM Team Updates:
• JRM at Martinsville: JRM’s lone start at Martinsville came in the most recent NASCAR Xfinity Series event at the famed Virginia track in 2006. Overall, in a combined five starts across the NXS and the NASCAR Gander RV & Outdoors Truck Series at Martinsville, JRM has earned one top five and two top 10s.
• JRM in the Round of 8: Since the elimination format began for the NASCAR playoffs in 2016, JR Motorsports has claimed two wins, 17 top fives and 32 top 10s in the Round of 8. Both of JRM’s victories in the Round of 8 came at Phoenix Raceway in 2017 and 2019 with William Byron and Justin Allgaier, respectively.
• United for America: United for America is a movement, ignited by Unilever, to unite with retail partners and nonprofits to help our hardest-hit communities recover, rebuild, and reimagine their futures. In addition to a $25 million donation in goods and services and a Day of Service in May of 2020, Unilever has made a commitment to serve and empower our nation’s front line aid organizations and support systems, ensuring that the individuals, families, and vulnerable populations impacted by the COVID-19 pandemic get the help they need. But it’s more than just a commitment. It’s a promise to remain United for America. Visit weareunitedforamerica.com.