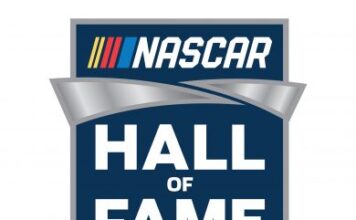 Bayne on Racing at Martinsville: “I’m looking forward to short track redemption this weekend at Martinsville,” said Bayne. “We weren’t able to showcase all of our potential at Richmond earlier in the season after having brake issues, so I’m fired up for another shot on Friday. Martinsville can be a tough place and I’m hopeful my Cup experience there pays off.”

The Tennessee-native has eight NASCAR Cup Series starts at Martinsville Speedway, with his best finish of sixth coming in 2017.

On the Truck: The No. 45 Chevrolet will carry the iRacing and CRC colors at Martinsville Speedway on Friday.

With over 110,000 active users, iRacing is the world’s premier motorsport racing simulation. Since it was established in 2004, iRacing has developed dozens of formal partnerships in the motorsport industry to help create the most authentic racing simulation in the world. iRacing promotes elite eSport world championships with eNASCAR, Porsche, and World of Outlaws, and allows users to race just about any discipline imaginable on more than 80 tracks.

CRC began in a Pennsylvania garage in 1958 as Corrosion Reaction Consultants with a single product: CRC Corrosion Inhibitor, a multi-purpose lubricant.

Today, CRC is a global supplier of specialty products and formulations, manufacturing over 1,300 items and developing specialized formulas to meet the unique needs of the Automotive, Marine, Heavy Truck, Hardware, Electrical, Industrial and Aviation markets. CRC serves customers around the world with manufacturing and distribution throughout North, Central and South America, Europe, South Africa and Asia-Pacific marketing areas.

Niece Motorsports is owned by United States Marine Corps Veteran Al Niece. In 2020, Niece Motorsports enters its fifth season in the NASCAR Gander RV & Outdoors Truck Series. Niece also owns Niece Equipment, which has for over 40 years provided clients with reliable products at competitive prices. Niece Equipment’s reputation is built on service, integrity and dependability. The company provides water and fuel / lube trucks that are engineered with quality and durability in mind for the construction and mining industry. Follow the team on Facebook and Instagram @NieceMotorsports as well as Twitter @NieceMotorsport.