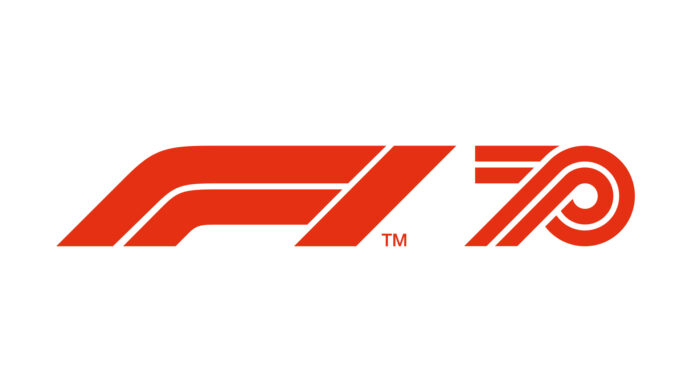 Following a five-month delay due to the ongoing COVID-19 pandemic, the 2020 FIA Formula One World Championship season is more than a month away from concluding. While this year’s racing season is reaching its endpoint, preparations for the 2021 season are currently ongoing as the drivers and teams finalize their plans and lineup for a new season of racing.

Following the final week of October 2020, three additional competitors were able to remove their names off of the Silly Season topic as they have a team to call home for 2021.

The first was Pierre Gasly, who revealed on Wednesday, October 28, that he will be remaining with Scuderia AlphaTauri for next season.

Gasly made his Formula One debut in the 2017 Malaysian Grand Prix with AlphaTauri, known as Toro Rosso, and he competed with the team for the full 2018 season before being promoted to the Aston Martin Red Bull Racing team for the 2019 season. Following the first 12 races, however, Gasly was demoted back to Toro Rosso following a difficult season and in favor of Alexander Albon, who was promoted to Gasly’s Red Bull seat. For the remaining nine races of the season with Toro Rosso, Gasly racked up five top-10 results, including his first podium result in the Brazilian Grand Prix after finishing in second place, and went on to conclude the season in seventh place in the final standings.

Gasly remained with Toro Rosso when the team was rebranded to AlphaTauri for the 2020 season. In just his third full-time season in F1 competition, Gasly is having a career-defining season that was highlighted by winning his first Formula One career race in the Italian Grand Prix in September after beating McLaren’s Carlos Sainz Jr. Gasly’s victory served as a significant moment in F1 racing in multiple aspects, among which include becoming the first French F1 competitor to win since Olivier Panis made the last accomplishment in the 1996 Monaco Grand Prix, recording the second victory for the AlphaTauri team and becoming the first competitor not representing Mercedes, Ferrari or Red Bull to win an F1 race since Kimi Räikkönen won the 2013 season-opening event at the Australian Grand Prix while driving for the Lotus F1 Team.

In addition to his first Formula One win, Gasly has finished in the top 10 in eight of the 12 races completed this season and he is in ninth place in the Drivers’ standings with 63 points, settling behind McLaren’s Lando Norris and Red Bull Racing’s Alexander Albon in the standings.

With Gasly set to return, AlphaTauri has yet to announce its full two-car lineup for next season, with the team’s current second competitor, Daniil Kvyat, uncertain about his racing plans for next season.

Finally, Kimi Räikkönen and Antonio Giovinazzi were revealed to remain with Alfa Romeo Racing for the 2021 season on Friday, October 30.

Räikkönen joined forces with Alfa Romeo for the 2019 season and following a five-year run with Scuderia Ferrari. By then, it marked his second stint with Alfa Romeo that competed as Sauber when Räikkönen made his F1 debut in 2001.

Throughout the 2019 season, Räikkönen achieved nine top-10 results, a season-best result of fourth place in the Brazilian Grand Prix and a 12th-place result in the final Drivers’ standings with 43 points.

This season, it took Räikkönen nine races until he recorded his first top-10 result of ninth place. Following an 11th-place run in last weekend’s Portuguese Grand Prix, the 2007 F1 champion is mired back in 17th place in the standings with two points. He has not won an F1 race since the 2018 United States Grand Prix at the Circuit of the Americas in Austin, Texas.

Unlike Räikkönen, Giovinazzi struggled in his first full-time season in F1 racing as he achieved four top-10 results, a season-best rest of fifth place in the Brazilian Grand Prix and a 17th-place result in the final Drivers’ standings with 14 points.

This season, Giovinazzi has recorded two results in the top 10, three points and is in 16th place in the Drivers’ standings, one spot ahead of teammate Räikkönen. Both Alfa Romeo competitors are among four competitors who have achieved only single-digit points through 12 of 17-scheduled races this season.

Gasly, Giovinazzi and Räikkönen are among 14 competitors who have a seat for next season. This includes two-time Formula One champion Fernando Alonso, who is set to return to the sport following his retirement in 2018 and drive for Alpine F1 Team, renamed from Renault, alongside Esteban Ocon.

That leaves six of 20 seats on the grid vacant and a handful of competitors uncertain about their plans for next season. This includes Lewis Hamilton, the reigning six-time Formula One champion and the new all-time wins leader in Formula One who is en route to his seventh title and who is currently in his eighth season with the Mercedes AMG Petronas F1 Team, though contract extension talks between the driver and the team have not yet started.

Another name who remains on the Silly Season topic is Nico Hülkenberg, who filled in as a relief competitor for the BWT Racing Point F1 Team in three races this season but has not raced a full F1 season since 2019 with Renault.

While preparations for the 2021 Formula One season continue, the 2020 F1 season is down to its final five races of the season. The competitors are set to return on Sunday, November 1, at Imola’s Autodromo Internazionale Enzo e Dino Ferrari for the Emilia Romagna Grand Prix.