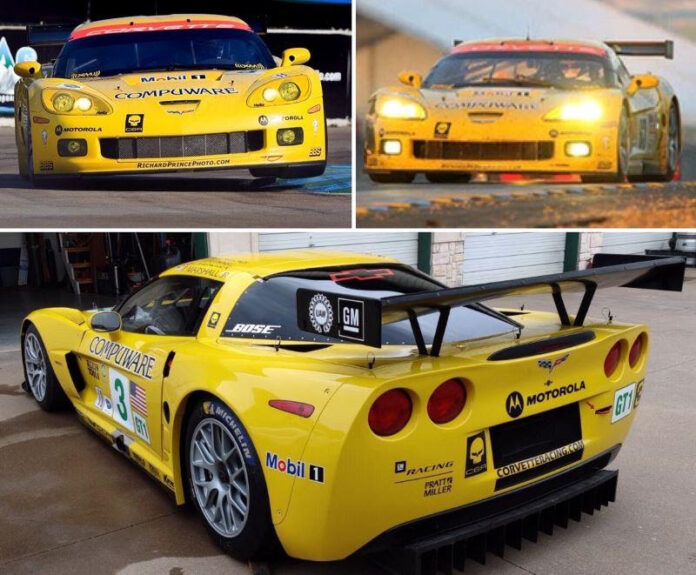 SEBRING, Florida (November 25, 2020) – Pierce Marshall and Matador Motorsports bring the Corvette C6.R that won the GT1-class pole in 2007 for the 12 Hours of Sebring back to the legendary circuit next weekend for the fifth running of the Historic Sportscar Racing (HSR) Classic Sebring 12 Hour presented by the Alan Jay Automotive Network at Sebring International Raceway, December 3 – 6.

Along with professional co-driver and coach Eric Foss, Marshall will compete in the 2006 No. 3 Corvette C6.R for the first time in what is very likely the car’s first trip back to Sebring after 2007’s pole and second-place race finish in the GT1 class.

Marshall, Foss and the team put the No. 3 Corvette through a successful shakedown this past Friday at Texas Motorsports Ranch, where Matador Motorsports is headquartered. The team took delivery of the car back at their race shop earlier in November after recently retired Corvette Racing guru Dan Binks and Binks Motorsports put a new motor in the C6.R.

“I bought the car in early 2017 from V8 Racing, a Dutch team in The Netherlands,” Marshall said. “I believe it was running in the Creventic 24H Endurance Series and raced in the 24 Hours of Dubai a couple of times. The car had a lot of time and racing miles on it when I got it, so it went to Pratt & Miller to go through a significant rebuild and restoration. As far as I know, this will be its first visit back to Sebring since that 2007 race.”

Jan Magnussen won the 2007 Sebring pole in the No. 3 in his first full season start with Corvette Racing after initially joining the team as an endurance race driver. He and co-drivers Johnny O’Connell and Ron Fellows went on to finish second in the 12 Hour race just behind the sister No. 4 C6.R for a one-two Corvette Racing sweep.

Magnussen and O’Connell went on to score three victories in the No. 3 later in 2007 at Houston, Mosport (pictured above) and Detroit, but Sebring is perhaps the most appropriate venue for the Corvette’s return to North American competition.

“There is no doubt that Corvette Racing has had remarkable success at Sebring,” Marshall said. “They have won 11 class victories there since 2002. I grew up a die-hard Chevy guy, as was my father, and to be racing one of the factory Corvettes is very special to me. I hope I can carry on their legacy of perseverance and dedication to excellence into vintage competition.”

Marshall has restored his C6.R with the familiar Velocity Yellow livery the No. 3 wore for all three of its race wins, but the 2007 Sebring race saw the Corvette adorned in a special Arctic White paint scheme (pictured above). The livery paid tribute to Fellows, who was wrapping up his accomplished driving career, and saluted the limited edition Ron Fellows ALMS GT1 Champion Corvette Z06 street car, which was the first signed special edition in Corvette’s then 54-year history.