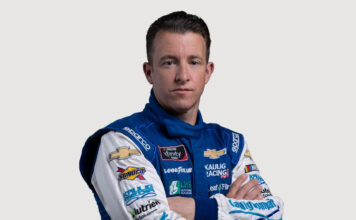 Allmendinger, who is set to compete in Kaulig Racing’s third, full-time entry in the NASCAR Xfinity Series (NXS) in 2021, last competed in the NCS in 2018 before retiring from full-time competition.

Coined as a road-course ringer, Allmendinger recorded one win at Watkins Glen International, three top five and nine top-10 finishes on road courses during his tenure in the NCS. He has also notched four road course wins in the NXS, two of which he earned with Kaulig Racing.

“Having AJ (Allmendinger) compete in our very first non-superspeedway Cup race was really a no-brainer for us,” said Chris Rice, President of Kaulig Racing. “Kaulig Racing is honored to be able to be get AJ back into the Cup Series for the first time since his retirement. I think he will pick right back up where he left off as a road course ace.”

The Daytona International Speedway Road Course race will take place on February 21, where Allmendinger will pilot the No. 16 Camaro ZL1 1LE for Kaulig Racing.