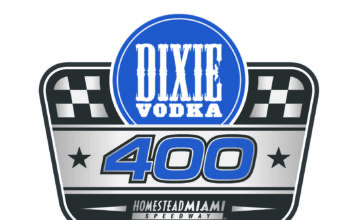 HOMESTEAD, Fla. (February 24, 2021) – Joe Gibbs Racing driver Denny Hamlin was made available to media via videoconference prior to the Homestead-Miami event today:

Can you tell us a little bit about your paint scheme for this weekend?

“This is great, a great promotion that FedEx is doing for small businesses. They actually 12 grants for $50,000 each that you register for up until March 9th at fedex.com/grantcontest. You see Access Trax right there on the left rear. This is really cool. Kelly Twichel, who is the owner of Access Trax, was one of our winners last year. It’s great to have her on the car and it’s great that FedEx is giving back to small business.”

Can you talk a little bit about your opinion on young drivers?

“I can understand that coming from fans, because they are not prefaced to information that analysts or media are. My thing was have you not seen one article, or have you not watched one race in the last two years or seen any articles about re-signing? I don’t know. It just dumbfounds me, but it’s also not surprising.”

So, it was more about you being listed?

“Certainly. I’m not sure who I can equate it to in another sports world, but essentially someone else at the top of their game and they are like, well this guy scored 30 off of the bench, he’s coming for your starting position.”

Have you gotten more comfortable with your Twitter posts?

“Obviously, since I’m at the end of my career, why care at this point? (laughter) I’m joking by the way.”

This is the first race at Homestead with the choose rule. Is it going to make that much of a difference since there is multiple lanes?

“It will mean a little less at Homestead, but that being said, it will still be significant. Honestly, I had forgotten that we had it up until talking about the racetrack this week. I think that certainly it’s a great addition to the strategic part of making decisions on what you are going to do in these races. I like that element. It’s fun, but it will be important on the last restart if we have a green-white-checkered, but outside of five laps to go it won’t be too much of a detriment either way.”

Has the 23XI Racing team joined the Race Team Alliance?

“Yes, we are, for very simple reasons.”

Why did you tweet to Chip Ganassi that he was a legend?

“This is inside baseball. I’m sorry. I cannot go further than that.”

Do you compete better when you can show the fun side of your personality?

“I think that generally NASCAR drivers get lolled into that everyone is vanilla, everyone is boring, everything else, but you have to realize there are big companies like FedEx that you have to represent, and you have to do it in professional way. Certainly, I try my best to do that, but also, you can be yourself as well. I think that NASCAR has been less strict on censoring. I think that has helped a little bit. I think it just kind of depends. In your personal life, you can show whatever personality you want to. I just think I haven’t changed or anything like that. I always said you will get the good stuff after my career is over, but I’m going to start now.”

Do you think this race weekend will have the major teams lead the pack or can the mid-pack teams compete this weekend?

“I think it will be more status quo on where we were last year. That doesn’t mean me and Kevin (Harvick), since it’s a mile-and-a-half, that we are going to dominate. With the mid-tier teams this is where the resources that they don’t have will come into factor a little bit more. I don’t think I would call the 20 (Christopher Bell) car mid-tier, and I don’t think I would call the 34 (Michael McDowell) a shock because we are at a superspeedway. I think the winners list is like, oh wow, where is our superstars, but we are about to get into a chunk of the season where you are going to start to see some of your normal winners in the bracket.”

When you look at driver data, what are you getting out of it?

“I don’t think my data can be replicated. I think that you can try, but you are probably going to be wasting your time. It’s just something that I’ve always done. It’s probably more of a habit than it is a conscious decision to drive that way. What I get out of it is I recognize what I can analyze from other drivers, even though I’m not driving the same way there is certain things that I can identify that does help me and I apply it to my style. There are things. I don’t really want to give that stuff away information wise, but I can use the data. I think it’s harder for people to read my data.”

Can you give me a sense of what you do so different than everyone else?

“It’s just my throttle application is dramatically different than everyone else.”

How do evaluate your performance and the No. 23 team? Have you provided advice to them?

“I think that our 11 FedEx team has been very, very good the first couple of races. I think that even though my finish was a little worse than the Daytona Road Course last year, I think we second to third this time, I felt overall our performance was closer to the front. I’m pretty happy with that. Speedweeks, we obviously led the most laps, won both stages. We’ve won three of four stages so far this year, so I’m pretty happy with where we are. I’m on the pole this weekend because of our performance last weekend. All is good there. I’m happy with that. The 23 team is still just a learning in progress. I had the most painful day yesterday. I’m listening to the 23 team’s debrief in my ears while I’m at the dentist getting my teeth cleaned. It might have been the most painful hour possibly in my life. It was a learning process. I think they know what their weaknesses are. They’ve got to go work on it, but they are going to get better. I will chip in wherever I can. I try to be the best I can to be a great teammate to them, just like the other teammates at JGR (Joe Gibbs Racing). I dedicate a certain amount of time per week to helping out that race team and helping them get better.”

“Both, but I think that Bubba (Wallace) recognizes he’s got a very fast car. All of the JGR (Joe Gibbs Racing) cars were up front this past weekend. He knows he’s got a lot of work to do on himself on the road courses. I think that he’s very much looking forward to going to Homestead this weekend to see how he stacks up on the mile-and-a-halves.”

Toyota has such strong pipeline of drivers and you have said in the past that you want to expand. Do you have a timeline of that?

“I would like to expand as quick as possible. I think that quicker that we expand, the more resources we will have as a race team to get better, the better people we can hire. Everything gets better the more information that you can throw into the pot. When it makes sense for us is when it makes financial sense for us. It’s about getting a sponsor, a driver and a crew chief first. Those three things all have to line-up, and then you have to try to find a charter. There’s a lot of obstacles that are in the way of it happening, but certainly, we feel like we are active in the space. We are trying to be the team that Toyota feels like they have a place for their young guys to go or maybe we go after an established veteran who’s got a great resume.”

Is Xfinity ultimately going to be a part of that plan as well?

“Ultimately, this is all around sponsorship. It costs a tremendous amount of money to put these cars on the racetrack. I wish the model was the teams could hire whomever they wanted, and they didn’t have to worry about getting a big sponsor to just breakeven or finding a driver that brought money, but that’s the climate that we live in. Unfortunately, for us, you have to make sure you have the check writer first, and then you go out and get your talent. It’s just a weird process in how it all works, but certainly, we are trying to do it as quick as we can.”

“I think those two were very different situations. The 78 had sponsorship. They were able to take what JGR (Joe Gibbs Racing) had and apply more resources to it because they had money to do it through sponsorship, and they made it better. They took that product and they made it better. The 95 really COVID put a damper on their sponsorship efforts, so I think they were strapped for money at times, so they couldn’t go out and hire more people to make those cars even better and faster. I think that really shows in performance. I don’t think it was from a lack of effort by any means. There was a lot of unfortunate circumstances that hit them at the 95 that didn’t hit at the 78 until a certain time. When Barney (Visser) was done, I think that his son looked at the business files and was like I’m not taking this debt on, you can go have it and the team shut down.”