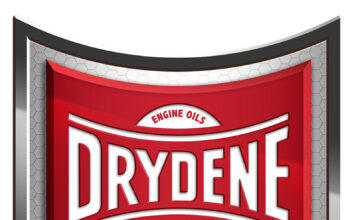 This year, with fans returning to the grandstands for the first time since 2019, Drydene once again looks forward to its back-to-back Dover events and connecting its products with the best fans in motorsports.

“The tremendous feedback and overwhelming support Drydene received from sponsoring last year’s Drydene Doubleheader Weekend at Dover was amazing,” said Dave Klinger, president of Drydene Performance Products. “Having the opportunity to build on that excitement with fans in the stands for this year’s races was a ‘no-brainer’ for the brand. We know viewers at home and now fans at the track will feel the same excitement for both the ‘Drydene 200’ and ‘Drydene 400’ races as they watch the greatest drivers in the world compete at the Monster Mile.”

Drydene Performance Products, headquartered in Warminster, Pa., has been an automotive product staple in the mid-Atlantic region for decades. Drydene’s reputation as the “hardest working brand in heavy-duty lubrication” is backed up by its complete line of automotive, commercial and industrial lubricants, including engine oils, diesel exhaust fluid (DEF), transmission fluids, grease, racing oil, and hydraulic and gear oils.

“Drydene has been an incredible partner and friend to the Monster Mile during the last several years,” said Mike Tatoian, Dover International Speedway’s president and CEO. “Our fans certainly recognize loyalty and we appreciate Drydene’s continued support of America’s best drivers taking on one of the nation’s most challenging tracks.”

The “Drydene 200” is the 10th race of the NASCAR Xfinity Series regular season and the first event of Drydene’s back-to-back race sponsorship during the May 14-16 weekend, joining the “Drydene 400” NASCAR Cup Series race on Sunday, May 16.

Dover International Speedway, in consultation with state public health officials, is permitted to host fans in its grandstands for its May 14-16 NASCAR race weekend after the track’s health and safety protocols related to the coronavirus (COVID-19) pandemic were approved.

Special fan procedures will include social distancing in grandstands and concession lines, the use of digital tickets for all grandstand seats, the required wearing of masks, staggered grandstand entrance times, enhanced cleaning in high-traffic areas, added hand sanitizer stations and infield access prohibited except for race teams, track personnel and select media.

For over a century Drydene lubricants have been made in America and made to last, paving the way on our highways, in our fields and on the production line. And we’re still right here today doing what we do best; helping America Get the Job Done. Drydene products are built with ALL Technology®, Advanced Lubricity Life chemistry, to meet and exceed today’s modern automotive, heavy duty and industrial needs. Drydene offers a complete line of automotive, commercial, and industrial lubricants, including engine oils, diesel exhaust fluid (DEF), transmission fluids, grease, and hydraulic & gear oils. For more information, visit www.drydene.com or follow us on Facebook: TeamDrydene, Twitter: @TeamDrydene and Instagram: TeamDrydene.

Why You Should Consider Commercial Tint Gaithersburg