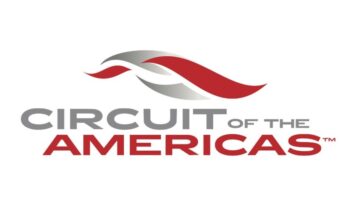 DETROIT, MI (May 18, 2021) – The NASCAR Cup Series (NCS) saw a diversified schedule for the 2021 season, featuring a variety of notable changes and new venues to make it one of the most dynamic schedules in the sport’s history. The overhaul of the 36-race season included a record seven road course circuit events, a major departure from a schedule that hosted only three in the previous year.

One of the most-anticipated new tracks for the Series is on tap this weekend, as NASCAR’s three premier national touring series will make their debut at the 3.41-mile, 20-turn course of Circuit of The Americas (COTA). Located just outside of Austin, Texas, the venue has previously been the host to the NTT IndyCar Series, Formula 1 and IMSA races, but the first for Chevrolet’s NASCAR drivers and teams. The twists and turns of the circuit’s landscape, featuring a 133-foot hill in Turn One, will provide for a weekend full of unknowns.

﻿“Chevrolet Racing has the best road course racers in the sport and we want to keep it that way,” says Eric Warren, Chevrolet’s Director of NASCAR Programs. “We want to give drivers the opportunities to keep working on their craft and winning races. That’s what it’s all about every week.”

With road course circuits now making up nearly 20 percent of the NASCAR Cup Series schedule, Chevrolet is utilizing key resources to enhance the road racing skills of their driver lineup. As NASCAR headed west earlier this season, Chevrolet drivers paid a visit to the Spring Mountain Motorsports Ranch, the home of the Ron Fellows Performance Driving School. Chevrolet provided their drivers with a unique opportunity to experience a day full of both on-track and classroom instruction to build upon their abilities as a driver and increase their road course confidence as drivers and teams are faced with the season’s new, unique challenges.

Three of the final seven regular-season races will be held on road course circuits, putting even more of an emphasis on the importance of strong on-track performances to secure a driver’s Playoff spot and their chance to compete for the championship title. “Getting extra time on the road course is big,” said Richard Childress Racing’s Austin Dillon. “I think being at Spring Mountain is a huge advantage to us to get laps and learn from some of these guys that do it every day.”
Chevrolet heads to COTA just one victory away from capturing its 800th all-time win in NASCAR Cup Series history, an unprecedented milestone for the winningest brand in motorsports. The NASCAR Cup Series 68-lap, 231-mile EchoPark Texas Grand Prix at COTA will take the green flag on Sunday, May 23, at 2:30 p.m. ET. Live competition of the event will be broadcasted on FS1, PRN and SiriusXM NASCAR Radio Channel 90.

CHEVROLET RACING INTERVIEW TRANSCRIPTS
﻿
ERIC WARREN, CHEVROLET’S DIRECTOR OF NASCAR PROGRAMS
WHAT DOES ADDITIONAL ROAD COURSE RACES MEAN FOR CHEVROLET RACING?
“From two races, to three races, to now seven races; it becomes a significant part of the schedule. All of the drivers and teams are really working on their skills and really understand what it takes to get those last tenths of a second out of a road course.”

WHAT ARE THE ROAD COURSE GOALS FOR TEAM CHEVY IN 2021?
“Chevrolet Racing has the best road course racers in the sport and we want to keep it that way. We want to give drivers the opportunities to keep working on their craft and winning races. That’s what it’s all about every week.”

AUSTIN DILLON, NO. 3 RICHARD CHILDRESS RACING CAMARO ZL1 1LE
HOW IMPORTANT ARE ROAD COURSE RACES IN MAKING THE PLAYOFFS?
“It’s huge. I come from an oval background and getting any extra time on a road course is big. Considering we have seven road courses this year, I think being at Spring Mountain (Motorsports Ranch) is a huge advantage to us to get laps and to learn from some of these guys that do it every day.”

ROSS CHASTAIN, NO. 42 CHIP GANASSI RACING CAMARO ZL1 1LE
WHAT DO YOU HOPE TO LEARN AT SPRING MOUNTAIN MOTORSPORTS RANCH?
“Just the motion of turning right. You’re going to miss corners; you’re going to over-brake and under-brake. So, just being out here going through the same motions when there’s not a full Cup Series field and there’s no points on the line. It’s just getting into the mindset of turning right.”

ERIK JONES, NO. 43 BLACK ENTREPRENEUR INITIATIVE CAMARO ZL1 1LE
WHAT ARE YOUR EXPECTATIONS GOING INTO COTA?
“(COTA) is really different than any road course we go to. COTA is a very technical and tight track, so it makes for a challenge when you get there. There’s some really tight corners and some really long straightaways. It’s a world-class facility and I’m just excited to get there and see it in person.”

CHASE ELLIOTT, NO. 9 HENDRICK MOTORSPORTS CAMARO ZL1 1LE
ELLIOTT ON HIS IMPRESSION OF COTA:
“The track was fun. Anytime you go somewhere new, a fresh track is refreshing, I feel like, for racecar drivers. I’ve enjoyed the challenge. I haven’t made a ton of laps, so it’s just really trying to understand what is this the right way or what is this the wrong way. It’s tough because when you’re new and you’re trying to get going, you might hit the first part of the track pretty good, then you might miss two spots somewhere else. Your lap time doesn’t tell the whole story. So, you really have to piece that together and understand what you think you did good and what you didn’t, and then go put the pieces of the puzzle together and try to put the whole thing in the works.”
Team Chevy high-resolution racing photos are available for editorial use.