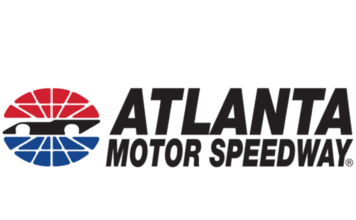 Rock City’s Enchanted Garden of Lights in Lookout Mountain, G.A. received the STS Top 20 Event or Festival of the Year Award. This award-winning event was sold out most nights, which allowed this event to continue its partnership with the local Ronald McDonald House in giving a portion of ticket proceeds to them.

Visit Macon received the Chairman of the Board Award.

The efforts, creativity, and success stories that were brought to life by tourism marketing teams always attract a lot of attention and earn multiple Shining Example awards. Three of these awards are based on budgets and one based on niche marketing. The winners of the Best Marketing Shining Example Awards are as follows:
• City of Gaffney (South Carolina) Marketing & Tourism won for its “There WILL Be Christmas in Gaffney” video (budget of less than $100,000).
• Destination Augusta (Georgia) won for its “Come See Augusta” campaign (budget of $100,000 – $499,000).
• Martin County (Florida) won for its “Missed Milestones” campaign (budget of more than $500,000).
• River Parishes (Lousianna) Tourist Commission won the Best Niche Marketing Award for its campaign “Andouille Trail.”
Some of the most coveted Shining Example Awards recognize the overall tourism success of destinations. This year’s winners include:
• Lake Martin Tourism Association was named the Tourism Office of the Year for organizations with budgets of less than $1 million.
• Discover Monroe-West Monroe was named the Tourism Office of the Year for organizations with budgets of more than $1 million.
• Visit North Carolina was named the State Tourism Office of the Year.
Five individuals received Shining Example Awards:
• The Beacon Award, which honors someone for their outstanding tourism leadership over a career, went to Herb Malone.
• The annual Government Tourism Leadership Award went to Mayor Nic Hunter of City of Lake Charles.
• The Best Epicurean Partner was awarded to Chef Rob Masone.
• The Dorothy Hardman “Spirit of STS” was awarded to the late Dr. Stephen Morse.

About STS
Headquartered in Roswell, Georgia, Southeast Tourism Society (STS) is an association that works to unite all segments of the travel and tourism industry through its four pillars of education, advocacy, recognition, and networking. Established in 1983, STS is an engaged network of members from 13 states and the District of Columbia including Alabama, Arkansas, District of Columbia, Florida, Georgia, Kentucky, Louisianna, Mississippi, Missouri, North Carolina, South Carolina, Tennessee, Virginia, and West Virginia.

Fast And Furious: 5 Dangers Of Speeding