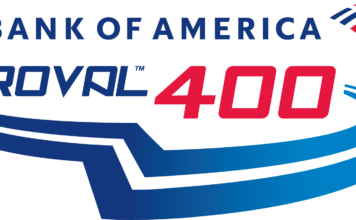 Newman at the ROVAL

· Newman makes his fourth Cup start at the ROVAL this weekend, where in three prior starts he ran 11th, 32nd and 31st.

· Overall, Newman has 46 starts on road courses in his NCS career with 12 top-10s and three finishes inside the top five.

· Newman does have a road course win in the Xfinity Series, which came in 2005 at WGI after starting fourth.

Luke Lambert at the ROVAL

· Beginning this weekend at the ROVAL, Roush Fenway will switch its two teams including crew chiefs and road crews. Lambert and Newman are very familiar with one another as Lambert served as his crew chief at Richard Childress Racing. The two made the NASCAR playoffs three times, including a runner-up result in 2014, and a victory at Phoenix three years later.

· Lambert will be on the box for his fourth Cup race at the ROVAL, where he has a best finish of 11th in 2018. Last season he ran 20th with Chris Buescher.

· Overall on road courses in his Cup career, Lambert has three top-10s, including a career best fifth with Buescher at the Daytona Road Course last August. He finished ninth with Jeff Burton back in his first-ever race at WGI in 2011, and scored a top-10 with Newman at Sonoma in 2016.

QUOTE WORTHY
Newman on racing at the ROVAL:
“We’ll give it our best shot on the ROVAL this weekend, and we know that things will be wild with the playoff scenarios to play out. We’ve been working hard at improving our road course program over time, and hopefully we’ll put it all together come Sunday in the Castrol Ford.”

On the Car
Castrol, the official oil partner of Roush Fenway and primary partner on both Newman and Buescher’s Mustangs this season, will be back on the No. 6 this weekend at ROVAL. It marks the fifth primary race for Castrol in 2021, as they will return to the No. 6 for the series finale at Phoenix in November.

Roush Fenway will also run some variation of pink on its Ford Mustangs throughout the month of October in support of Breast Cancer Awareness Month. This weekend, the No. 6 both on the door panels and the roof will be bright pink. Newman is also participating in the pink window net initiative through the Kurt Busch Foundation, which also supports awareness throughout the month.

About Castrol
Castrol, a global leader in lubricant technology, serves consumers in over 140 countries. Our leadership brands include Castrol® GTX® — a premium conventional motor oil; Castrol® GTX® High–Mileage™ – a premium synthetic blend designed for vehicles with over 75,000 miles; the Castrol® EDGE ® line of advanced full-synthetic super premium motor oils that offer unsurpassed strength and performance; as well as our range of commercial transport lubricants. To find out more about Castrol products and programs, please call 1–888–CASTROL or visit www.castrol.com/us