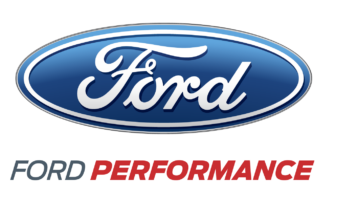 RILEY HERBST, No. 98 Monster Energy Ford Mustang — “That was good from qualifying dead last to finish fifth.  It’s just frustrating.  I feel like we need to fire off better on runs and then start up front and we can win races.  I feel like we’ve just been coming from behind the whole year.  It’s frustrating, but, all in all, fifth is better than a DNF.”

DO YOU FEEL YOUR RACE STRATEGY IS GOOD, YOU JUST NEED TO FOCUS ON PRACTICE AND QUALIFYING?  “I think so.  It’s just a fight to get our balance and then once we do get our balance we’re fast.  I think qualifying if huge and we’ve got to get it.”

WAS STAGE 3 THE BEST THE CAR HAD BEEN ALL DAY?  YOU RAN FROM 12TH TO 5TH IN THAT STAGE.  “We didn’t have any setup changes all day through the stages.  It’s just track position.  We saved a little bit better than other people, but it’s just frustrating.”

RYAN SIEG, No. 39 A-Game Ford Mustang – “The right-front tire is corded.  We struggled all day with that with the 75-lap runs and then we had a 100-lap run, so it just fell apart at the end.  All in all, it was a good day.  We knew it was like that, but we tried to manage with air pressure.  We made it better in the middle run and then this last run we tried to adjust and we got it turning too good, but we knew that we had to get camber out of that right-front for the air-pressure, but, all in all, it was a good day for our A-Game Ford.  We were so good the first two stages that I wanted to finish it off, but that long run fell apart on us.”

DO YOU FEEL THIS TEAM IS COMING TOGETHER?  “Yeah, definitely.  We’re getting better and better each week.  We’re gaining on it.  Each week we’re closer to the top five, which is a big gain for us.  We just have to keep at it and luckily we go to another short track, so hopefully, this will carry over and we’ll pick up where we left off at the beginning of this race.”

PARKER RETZLAFF, No. 38 Ponsse Ford Mustang – HOW ARE YOU MAKING THIS LOOK SO EASY IN JUST YOUR SECOND START?  “I passed a lot of cars and then we got a penalty on pit road, so I had to go back to last.  I just followed Noah and Josh up through the field and it ended up just working out for me.  It was just such a good car from everyone at RSS.  I don’t know.  I’m speechless.”

HOW DID REALITY COMPARE TO VIRTUAL AND THE IRACING WORLD?  “It’s really a lot cooler just being on TV and everything and me being able to compete this good.  Hopefully, we can take this momentum to next week.”

Cirkul, a Modern Beverage Platform and One of the Fastest Growing CPG Companies in US, Expands Partnership with Kaulig Racing for the 2023 NASCAR...