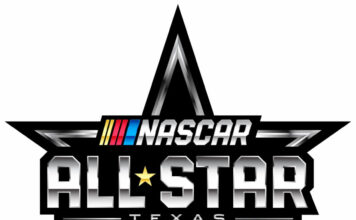 FORT WORTH, Texas (May 6, 2022) – It is only fitting that Trackside Live will showcase a litany of stars stretching from NASCAR to sports and entertainment during the NASCAR All-Star Race weekend set for May 20-22 at Texas Motor Speedway.

Trackside Live, an entertaining, interview-style show hosted by PRN on-air personalities, will be held all three days from its outdoor stage situated in the Texas Motor Speedway Fan Zone near Gate 3. The day-long shows will feature drivers from the NASCAR Cup Series, Xfinity Series and Camping World Truck Series; greats from the fields of country music, NFL, boxing and NHL; and some of the exciting performers who will be entertaining in the Fan Zone.

The three-hour Trackside Live show on Sunday, May 22, which begins at 1:30 p.m., has an extraordinary lineup of guests that opens with country music superstar Blake Shelton and NASCAR on FOX television analyst and former Cup Series star Clint Bowyer.

The show will close with a 4:15 p.m. visit from a National Medal of Honor recipient, U.S. Army Master Sgt. Matthew Williams. The Medal of Honor, established by President Lincoln in 1861, is our nation’s highest recognition of valor in combat.

Throughout the three days of shows, more than two dozen drivers from the NASCAR Cup Series, Xfinity Series and Camping World Truck Series will visit the Trackside Live stage.

Here’s a glimpse at the weekend line-up (subject to change):

Trackside Live will be part of an extraordinary Fan Zone experience that will include a number of entertainment acts with multiple performance times. The acts include a human cannonball, high divers, canine stars, Wild West show, medieval knights, BMX stars and more. Click here to see the full on-track and Fan Zone entertainment schedule.

Country music superstar Blake Shelton will perform a live 60-minute concert May 22 as part of the NASCAR All-Star pre-race festivities.

TICKETS:
Tickets for the May 20-22 NASCAR All-Star Race Weekend, are on sale now at https://www.texasmotorspeedway.com/events/season-tickets/.