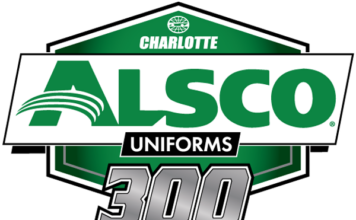 • While Riley Herbst is a Las Vegas native, the 23-year-old now calls Charlotte, North Carolina, home. The driver of the No. 98 Monster Energy Ford Mustang for Stewart-Haas Racing moved to the Queen City when he was 17, taking his family name from the deserts of the southwest to the asphalt tracks of NASCAR. The third-generation racer began racing go-karts at age 5, competing in events up and down the West Coast. He soon followed in his family’s footsteps, transitioning to off-road racing in 2006 where his grandfather, Jerry, and uncles Tim and Ed, and father Troy, are all Southern Nevada Sports Hall of Fame inductees for being championship-winning off-road racers. But by age 10, Herbst sought a return to pavement. It began with Legends cars before moving up to Speed Trucks and Super Late Models, where in 2015 Herbst was a regular at Irwindale (Calif.) Speedway, running both classes and winning the Speed Trucks track championship. That set the stage for Herbst’s NASCAR path as he competed in the K&N Pro Series beginning in 2016, a developmental league regionally split into two divisions – K&N Pro Series East and K&N Pro Series West. Herbst ran the full Pro Series West schedule, scoring seven top-five and 10 top-10 finishes. He made three Pro Series East starts and finished among the top-10 each time. Herbst advanced to the ARCA Menards Series in 2017 and won his first career ARCA race June 9 at Pocono (Pa.) Raceway. His scored his career-first pole a week prior at Elko (Minn.) Speedway, and his six top-fives and 10 top-10s on the year earned him the series’ rookie-of-the-year title. Another season of ARCA followed in 2018 with Herbst tallying eight top-fives and 15 top-10s. He complemented that ARCA campaign with a smattering of races across the NASCAR Camping World Truck Series, K&N Series and CARS Late Model Stock Car Tour. Herbst even made his Xfinity Series debut June 17 at Iowa Speedway in Newton, qualifying ninth and finishing an impressive sixth.

• Herbst will make his 89th career NASCAR Xfinity Series start at his second home on Saturday in the Alsco Uniforms 300 at Charlotte Motor Speedway. It will be his third Xfinity Series start at the 1.5-mile oval and he’ll look to improve upon the pair of 12th-place finishes he earned in 2020 and 2021. Herbst has earned 13 top-fives and 42 top-10s in the Xfinity Series. His best career finish is second, earned twice – in February 2020 at Auto Club Speedway in Fontana, California, and July 2020 at Kentucky Speedway in Sparta.

• Herbst comes into Charlotte on a run of top-10 finishes. He has finished ninth or better in the last six Xfinity Series races, matching the longest top-10 streak of his career. In 2020, Herbst tallied six straight top-10s between August and September. Currently eighth in the championship standings with a total of nine top-10s in the 12 races this season – the second-most among all drivers – Herbst is enjoying his best start to the season.

• In Herbst’s first Xfinity Series race at Charlotte in 2020, it was under COVID restrictions, which meant no practice or qualifying. When Herbst returned to Charlotte a year later for his second start on the 1.5-mile oval, practice and qualifying were back. Herbst took full advantage, setting the fastest speed in practice before earning his first career Xfinity Series pole.

• Herbst has two ARCA starts at Charlotte. His best finish was second in May 2018, when he missed out on victory lane by just .293 of a second to fellow Xfinity Series regular Brandon Jones.

Has Charlotte been circled on your calendar after the success you had there last May?

“I’ve definitely had Charlotte circled on the schedule. We were strong there last year and I feel like this is a track where we could definitely win. This No. 98 Monster Energy team deserves to be in victory lane and we’ve been focused on finishing races, but also on growing each and every week. Our intermediate track program is strong and I know we can get it done this weekend.”

What is it about Charlotte that makes it such an enjoyable track for you?

“To be honest, I just love Charlotte. I don’t know what it is about it, but I enjoy racing on the oval there. It just suits my driving style and I’ve always been able to find speed there. Last year, the No. 98 team was in a slump and then we came to Charlotte. We were fastest in practice and won the pole. I really think that was our turning point last year. Since then, we’ve only grown and gotten better. Excited to see what kind of speed we’ll bring in 2022.”

Consistency has been the name of the game for the No. 98 team this season. Do you feel you’re close to getting that first career Xfinity Series win?

“We’re close. Honestly, we just have to keep being consistent and limit the mistakes. I know the No. 98 team can win, it’s just about finding the speed and minimizing the mistakes. I’m confident that we can compete at Charlotte and be there at the end with a shot to win.”