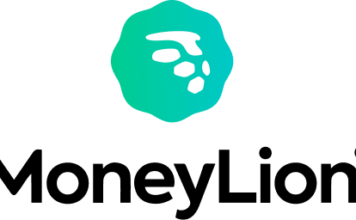 In partnership with 23XI Racing, a top NASCAR Cup Series race team co-owned by Michael Jordan and Denny Hamlin, MoneyLion is giving two MoneyLion users the chance at a month’s worth of gas – and then some – every Tuesday through the end of the NASCAR season (November 6). Starting today, MoneyLion users can comment on the weekly “Get Pumped Tuesday” MoneyLion Twitter post with their $RoarTag, their unique MoneyLion handle, to enter for a chance to win $500 for a month of gas. The two weekly winners will also get their $RoarTag featured on either of 23XI’s two cars, driven by Bubba Wallace and Kurt Busch respectively, during that week’s NASCAR race. Better yet, if Bubba or Kurt wins, the MoneyLion user will win an additional $10,000.

“We know better than anyone what Americans are experiencing at the pump right now and this program with 23XI lets us support our community which is what our brand is all about,” said Jeff Frommer, Chief Content Officer at MoneyLion. “We want MoneyLion to be your go-to money app and you’ll see us constantly be turning the camera around to show how we can win together with our customers in every partnership we establish.”

Earlier this year, MoneyLion was announced as the Official Digital Banking and Cryptocurrency Partner of 23XI, signaling a commitment to connect with, engage and motivate hard-working Americans to build their financial power.

“Our inaugural season with MoneyLion has unlocked new ways for us to not only connect with fans, but also support them with programs like this,” said 23XI Racing President, Steve Lauletta. “Giving our fans the chance to have their ‘name’ on one of our cars for a race weekend is a new level of driver/fan interaction with 23XI and MoneyLion, and we’re looking forward to including the two weekly winners on our cars for each race.”

“Every week, we have hard-working Americans at home and in the stands cheering us on, and this gives us a new reason to hustle harder for the fans who give us their time and energy,” said Bubba Wallace, driver of the No. 23 Toyota Camry TRD. “I can’t wait to drive in pursuit of $10,000 for MoneyLion users.”

NO PURCHASE NECESSARY TO ENTER OR WIN. A PURCHASE WILL NOT INCREASE YOUR CHANCES OF WINNING. The MoneyLion 23XI Sweepstakes begins at approximately 12:00 AM EDT on 6/21/2022 and ends at 7:00 PM EST on 11/6/2022. Sweepstakes open only to legal residents of the (50) United States and the District of Columbia who are 18 years of age or older. (40) Weekly Prizes each valued at $500 and up to (20) Grand Prizes each valued at $10,000 will be awarded. Total value of all prizes to be awarded: up to $220,000. Odds of winning depend upon the number of entries received. Void where prohibited. See Official Rules for Entry requirements, prize descriptions and details at https://mlion.info/3y8xcg5.

MoneyLion is a leading digital financial services and lifestyle content platform. MoneyLion’s mission is to rewire the financial system to positively change the path of every hard-working American. MoneyLion uses its proprietary data advantage and technology to empower its customers. MoneyLion engages and educates its customers with daily, hyper-personalized money-related and money-adjacent content that is delivered through each customer’s own content feed. MoneyLion provides its customers a full suite of financial and non-financial solutions, bundling its proprietary, low-cost financial products with products that are offered through its marketplace technology and network affiliate partners. MoneyLion also leverages its distinct data, technology, and network advantages to deliver leading embedded finance and marketplace solutions for enterprise customers. Since its founding in 2013, MoneyLion has empowered millions of Americans to take control of their finances and live their best financial life, every day. MoneyLion is headquartered in New York City, with offices in Jersey City, Kuala Lumpur, Santa Monica and Sioux Falls. For more information about the company, visit www.moneylion.com. For investor information and updates, visit investors.moneylion.com and follow @MoneyLionIR on Twitter.

23XI Racing – pronounced twenty-three eleven – was founded by NBA legend Michael Jordan and three-time Daytona 500 winner Denny Hamlin in 2020. With rising NASCAR star Bubba Wallace selected to drive the No. 23 Toyota Camry TRD, the team made its NASCAR Cup Series debut in the 2021 Daytona 500 at Daytona International Speedway. Wallace made history on October 4, 2021, when he captured his first career Cup Series win, becoming just the second African American to win in the Cup Series, and earning 23XI Racing its first-ever victory. 23XI Racing expanded to a two-car organization in 2022 with Cup Series Champion Kurt Busch driving the No. 45 Toyota Camry TRD. Busch added to the team’s win total with a victory at Kansas Speedway on May 15, 2022.