Team Chevy INDYCAR Drivers Have Mid-Ohio on their Minds 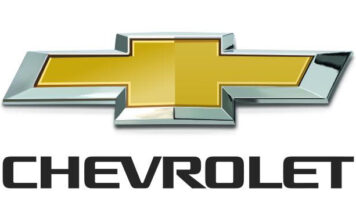 DETROIT (June 30, 2022) – Team Chevy’s squads in the NTT INDYCAR Series hoping to close out a stellar first half of the 2022 season in the same way it started: with a dominating performance. That chance comes this weekend in the Honda Indy 200 at Mid-Ohio.

Chevrolet has won at Mid-Ohio Sports Car Course each of the last two years, and another this season would go a long way toward winning a seventh Engine Manufacturer Championship since 2012.

In that stretch, Team Chevy has claimed five victories at the 13-turn, 2.258-mile Mid-Ohio circuit. In recent years, Team Penske’s Josef Newgarden (2021) and Will Power (2020) have stood on the top step of the podium. Newgarden is the most recent winner in INDYCAR this year, having won earlier this month at Road America.

“It’s been nice for our engineers and teams to have a little bit of a break in the action after a strong couple of months for everyone on the Chevrolet INDYCAR program,” said Rob Buckner, Chevrolet Program Manager for the NTT INDYCAR SERIES. “We’ve been doing some beneficial testing for later in the year that we hope will strengthen our Manufacturer Championship lead.

“We head to Mid-Ohio with confidence. While this has been a little bit of an up-and-down venue for us, I am confident that some of our road-course success this year can pay dividends this weekend. Winning at Barber and Road America – two tracks with some similar features and elevation change – should give our teams a pretty good baseline for rolling off at Mid-Ohio. We’re expecting positive results.”

Speed around Mid-Ohio hasn’t been a problem for Chevrolet in INDYCAR. Team Chevy has claimed nine pole positions in 11 Mid-Ohio races with Penske’s Power leading all active drivers with five; no other driver has more than two.

Chevrolet and the NTT INDYCAR Series resume the 2022 season with the Honda Indy 200 at Mid-Ohio, starting at 12:45 p.m. ET on Sunday, July 3 from Mid-Ohio Sports Car Course in Lexington, Ohio. The race will air live on NBC, the Peacock streaming service and SiriusXM IndyCar Nation (Channel 160) beginning at 12:30 p.m. ET. Live timing and scoring will be available at racecontrol.indycar.com.

DALTON KELLETT, NO. 4 K-LINE CHEVROLET, AJ FOYT RACING: “Mid-Ohio is definitely one of the more exciting tracks that we go to every year. It’s got a great flow to it. It’s definitely my type of road course. It’s kind of the opposite of Road America where there you’ve got long straightaways and you’ve got groups of a couple of corners separated by really long straightaways. Mid- Ohio, the whole thing kind of flows together, which I’ve always really enjoyed tracks like that. It’s super physical, really. It’s always one of the tough races with the heat of the summer. So definitely we’ve been training hard to get ready for this one, and I can’t wait to hit the ground running with the K-Line No. 4 Chevy.”

PATO O’WARD, NO. 5 ARROW McLAREN CHEVROLET, ARROW McLAREN SP: “I am pumped for the second part of the season and where this No. 5 Arrow McLaren SP Chevrolet team currently stands. Mid-Ohio is a very enjoyable racetrack in terms of putting a full qualifying lap together and the race is always fun as well. This is a track where we know what we have, and I’m looking forward to improving on our results in recent years.”

FELIX ROSEQVIST, NO. 7 VUSE CHEVROLET, ARROW McLAREN SP: “I love racing at Mid-Ohio, and I have some of my best memories in INDYCAR at that track. I think this track brings a really cool vibe with die-hard fans every year, so all of us on the No. 7 Vuse Arrow McLaren SP Chevrolet are looking forward to getting there and being on track. We had a difficult run last year, but I feel motivated to get some redemption for this team.”

TATIANA CALDERON, NO. 11 ROKiT CHEVROLET, AJ FOYT RACING: “Mid-Ohio was where I first tested the car with the team. So at least I know a little bit about the track and the feeling with this car. It’s the first time I am going to a circuit that I know, that I had a feeling for before (the race weekend). I think we had a good test. And a good race car there, so hopefully we can straight away from Free Practice 1 start closer to the pace. And yes we will just keep working. The physical side there is tougher; it’s a small track so that’s going to be a nice test. And yes, I’m looking forward to it.”

KYLE KIRKWOOD, NO. 14 ROKiT CHEVROLET, AJ FOYT RACING: “Mid-Ohio is a track that I love and cherish; I almost consider it my home track. It’s a place that I’ve always had the most success at, given a season. It’s my favorite track to go to. And I think it’s a place where the team has done well at in the past, and we now have a couple week break prior to it. So it’ll be nice to kind of relax and recuperate and get ready for that weekend. I’m not sure what I love about the track, but it’s just suited me, it’s very high-speed. There’s tons of elevation. It kind of reminds me of a karting track… a little bit tighter, but a bit high-speed, high-downforce, high-grip. I’m not sure why it suits me, but I really like it.”

CONOR DALY, NO. 20 BITNILE CHEVROLET, ED CARPENTER RACING: “I am very happy to be back on track after a break! Mid-Ohio is a fantastic race course and July 4th weekend is an incredible time to be racing. We’ve had a great season so far and we want to continue our run of solid finishes and scoring good points. Hopefully, we can make it out of Mid-Ohio with a trophy!”

RINUS VEEKAY, NO. 21 BITCOIN WITH BITNILE CHEVROLET, ED CARPENTER RACING: “I’m very excited to drive at Mid-Ohio. I think we can have a good weekend; I’ve had pretty good results there in previous years and was able to make some good moves. Ready to get back to where we belong, at the front! I’m also very happy to be back in Bitcoin orange, thanks to BitNile!”

CALLUM ILOTT, NO. 77 DYNAMIC EDGE CHEVROLET, JUNCOS HOLLINGER RACING: “I’m excited to head to Mid-Ohio this week. It’s another track that I haven’t been to, so a steep learning curve on the weekend. After Road America though I am pretty sure we can do a good job. We want to keep the road course momentum going and try to get into the fast 12 again. So far we have managed to put the car into the fast 12 at every road course we have been to this year and we hope to continue that and do a good job.”

· 3: Wins at Mid-Ohio for Chevrolet-powered teams since 2017

· 9: Wins from pole by Will Power with Chevrolet power since 2012, most by any driver

· 14: Consecutive seasons with at least one win by Will Power, including past 11 with Chevrolet