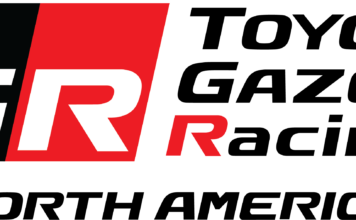 What were you talking with Shawn Langdon about following your Q2 run?

“We were talking about Super Comp stuff. This is what we do because we do it, but he (Shawn Langdon) races Super Comp and my old man is in Topeka. I think it may have pushed a head gasket out. We were running pretty good down through there and then we were just bantering back and forth. He said I took him at the line by two or three hundredths, but he’s way better at that stuff than I am. I’m just holding on trying not to run over anything or anybody.”

Do you feel your car has been waking up in recent weeks and this weekend in Seattle?

“They’ve been doing a good job and with the heat up here, we’re just trying to make good runs down the track. Made a good run on Friday and that’s where we’ve been struggling a little bit and getting behind the eight ball. This DHL team did a great job getting good runs yesterday and today.”

How do you feel about the weather conditions for tomorrow’s race and your performance?

“Right now it’s just about how strong this team has performed and in weather like this, it’s important to be consistent. To go up there as a driver and be comfortable in the race car and to go up there and run a 3.85 twice in a row really speaks volumes of this team. We’re excited and we’re looking forward to race day. We have a lot of folks from Phillips Connect here and all of our sponsors. It’s time for race day.”

How important is this number two qualifier spot for tomorrow’s race?

“We’re definitely not in Sonoma anymore. It’s a hot track out here in Seattle, but a beautiful, beautiful place. Great fans. We qualified number two with our Bandero Toyota GR Supra and it carried through from Friday night and really happy about that. We got some bonus points Friday. We tried to step it up this last run, but just dropped a hole early and ended up smoking the tires at the top end. But hey, we’re back and we’re back in the top-three again and qualifying really well. We’ve got a great car and I’m excited to race tomorrow. I got to come out early and spend some time with the Seattle Seahawks and meet the head coach, Pete Carroll. I did fan girl a little bit because I’ve seen him win championships and that guy’s a badass. He’s about the same age as my dad and super healthy. Good luck to that team! That was a great opportunity – thanks to Toyota.”

How do you feel heading into the Countdown in a few weeks with your recent performance?

Is this team making progress as we head towards the Countdown?

“Our back half numbers are right there at the top, we’re just giving up a lot early. We’re kind of experimenting here today with it being a light field so hopefully that gives us some momentum going into the later part of the season where we need to make it count. This DHL Toyota GR Supra definitely isn’t qualifying where we want it to be, but anything can happen. First round tomorrow is going to be in the morning so that will make things more interesting.”

Rinnai Partners With Tony Stewart in NASCAR and NHRA