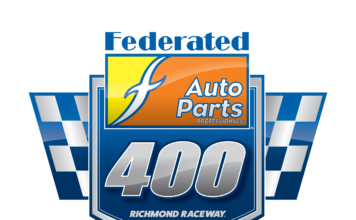 RICHMOND, Va. (August 13, 2022) – Joe Gibbs Racing driver Kyle Busch was made available to media prior to the Richmond Raceway race this Saturday:

Is there anything you do to try to change you luck from your routine or anything else?

“No, not really. I’ve had some bad luck spells I guess in the past and you just always kind of wonder when it’s going to be over and you can finally focus on getting the finishes that you deserve or that you would hope to, to get just based off of your performances and not something bad happening to you taking you out of a running.”

Does Kurt’s possible future in the No. 45 give you a potential option for 2023 if he doesn’t return?

“I mean, I guess it could. I don’t know that it’s necessarily been a prospect. So obviously I want him to be able to do what he (Kurt Busch) wants to do and go out the way he wants to go out. You know, I kind of talked about that where he and I just had a conversation where you know, he’s like, ‘Pocono qualifying crash isn’t necessarily the best way of going out.’ I’m like, 1,000% right, you know, so I just wish him the best that he can continue to get better and feel better and get through the processes of what this is. It’s nothing like breaking a bone and being out, you know, with an arm injury or leg injury, foot injury, anything like that. Obviously it’s the melon on top of your head that’s very important to your well-being going forward. And so just hope that all of that can go well for him and he can get back as soon and as safely as possible.”

Is it comforting to know that Toyota is doing everything possible to keep you in the family for 2023?

Yeah, absolutely. I mean, that’s obviously, you know, a strong suit. I had a relationship with this manufacturer and this team – Toyota and Joe Gibbs Racing — for 15 years. I mean, that’s nothing to bat an eye at, you know, so we’ve had some, some really strong runs and some great results. We’ve won championships and 50-something races together. And, you know, obviously to continue on with that – my dream was to always have the chance of being able to go out when I want to and retire when I want to and sort of do the Ivan Stewart ‘Ironman’ deal with Toyota where he’s kind of a lifer. You know what I mean, he goes to all the Toyota functions and all the Toyota things and he’s one of those guys that man, whenever you’re at one of those things, and you see ‘Ironman’ Ivan Stewart hanging around you know, it’s really awesome to see the brand tie that he has, and that was always kind of my thought of being the NASCAR guy in in the Toyota realm and being one that’s been the most successful driver for that manufacturer here in the NASCAR ranks. So, you know, we’d love to have that opportunity. It’s just a matter of being able to put all the pieces in the right places. And you know, it’s not as simple as a seven-year-old puzzle. It’s about a 50-year-old puzzle, just with the amount of pieces and how long this thing has been taken. So we’re still working through all that.”

Do you expect more teams to be part of a limited pit stop strategy in the final stage like the spring race?

“I think if you play the same race over again, it’s going to be a two stopper in the final stage. No question. I think everybody will jump on that. It’s also 20 degrees hotter than it was here the first time around. So tire wear and fall off is going to be worse. So you will be based off of the mathematics it’ll be a two stopper.”

Where are things with Kyle Busch Motorsports for 2023? Are things on hold until your deal is figured out for next season?

No, I wouldn’t say it’s on hold. It’s at the forefront in the discussions. You know, each and every week and people that you talk to, that’s obviously one if not probably the second question that gets asked. So it’s high up there for sure. And that’s probably why it’s taking a little bit longer than what it should. And so just working through those pieces. Again, the puzzle is not as easy and as simple as it may seem from the outside. So which that answers a lot of other questions in in my career and in my entirety. I’m not as simple as it may seem. Ever. Being able to put all of that together is not as easy as it seems. So we’re again trying to work through that. So this is the second time I’ve gone through this. The last time I went through this was 15 years ago. The landscape of the sport was entirely different 15 years ago. And so this to me, you know that I had a runway of 20 to 25 years ahead of me, you know, so I had probably a little bit more runway to stand on. And I understand that, I get that. But to me this situation right now is very important to me, as well as Kyle Busch Motorsports. Because wherever this next place is, whether it’s Joe Gibbs Racing or whoever. I would like it to not have to go through this again, right? I’ve got six, seven, maybe eight more years if I play all this out perfectly. Brexton and I we share a truck when he turns 16 years old when he’s 16 and 17. And then it’s his when he’s 18. And I’m done. I’m out. You know what I mean? Like that’s the perfect play. And so, if I can align all of that, you know, the runway does exist for a Busch. Obviously he’s pretty talented. He wins a lot. He wins more than I do. I hear about it every day. So the runway for him, if you want to look at it that way is 30 years plus so you know he can he can carry on this legacy a hell of a lot longer than I will.”

What type of wake-up call will it be for Kimi Raikkonen next weekend at Watkins Glen?

“I hope he’s at least watched a couple of these races at road courses and seen what the end turns into. You know, Indy is entirely different than Watkins Glen. You know, five wide into a two lane corner where the Glen you don’t really miss you don’t really get up to big speed before you got to break for turn one. So two, three wide is kind of the norm through there. But yeah, there’s always contact and stuff like that. So you know, hopefully we can all just be smarter about it and more respectful about it. But that’s probably asking too much.”

Has this been one of the most mentally challenging seasons of your career?

“Yeah, for sure. Please hold. Getting my facts straight here. All right. So let’s throw some facts which is performance on top of the optics which is results right. Sonoma collectively JGR, we all sucked. Nashville we repeat and led the most laps coulda, shoulda won the race barring a strategy call at the end. Road America driver made a mistake, pit road over the wall too soon. Speeding penalty, race went green to the end. Atlanta, good car drove from 19th to the top three in the opening run. We had a hiccup on pit road. We were involved in the next crash. New Hampshire we spun twice. We weren’t very good. Our team, teammates were a little bit better than us obviously. Still was able to salvage 12th. Pocono, one of the top three best cars all day led the most laps finish second before the room the doom and then the Indy road course obviously, we were probably a 10th to 12th place car, we put ourselves inside the top 10. We just passed the 2 (Austin Cindric) car leading into the second to the last caution of the day. And the 2 car ended up finishing second making his way through all the chaos at the end, and we did not so I think we’re I finished 11th on that one. So was still able to come from 24th to 11th on the last restart, so a lot of bad luck in there. And that’s not indicative of how we’ve been running. So if we can just finish how we’ve been running. We’re no slouch. I feel like we’re still contenders.”

Does it make sense to continue running the Indianapolis road course or is there something that should be changed?

“Sure, I mean, you can change anything you want to. We can go we can throw the green flag going through the esses if you want. But I don’t know. Other guys have kind of had just through rumblings I’ve heard is single file restarts, you know, throw the green coming out of 13 where we all kind of accelerate through 14 and then we’re all a little bit more spread out and you have a different shot at turn one, not so packed up so tight. So there’s all kinds of different things that you can do. I think that restarting early single file is something IndyCar guys do or something. So that’s kind of where that idea maybe stemmed from but yeah, or you can just go back to the oval and make Indy what it really Indy is meant to be and go run the oval with our cars. So yeah, I would think from the driver standpoint, we would all like to go see the Indy oval and see what it looks like and be back on hallowed ground if you will, but you know as far as action and calamity and destruction, if that’s what you’re into and keep us where we’re at. Don’t change a thing.”

Is there a team strategy to get Martin Truex Jr.