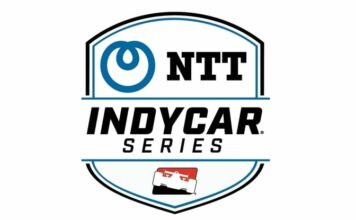 HOW DO YOU PROCESS THIS ON A DAY WHERE YOU FOUGHT SO HARD AND DID EVERYTHING IN YOUR POWER ALMOST TO GET IT DONE AND STILL FALL SHORT IN THE CHAMPIONSHIP?

“You know, I hate to say it but in a lot of ways this has been a really tough year. So its going to be a welcome offseason. It has been a taxing, taxing season. We have had a lot of highs, but a lot of lows. And just riding the roller coaster this year has brought me to a breaking point a couple of points in the year. But I am ultimately just proud in the team because this is a big day for everybody to win the championship. Huge congrats to Will (Power) and the entire team because this is an effort by everybody. Whether it was the two car, or the 12 or the three, we all take a lot of pride in it. All these crew members, they work on every single car. The ultimate goal is to win a championship for Team Penske. We did that, so there is a ton to be proud of and for a personal stand point I am really proud of the two car team because they stuck with it day after day. Even yesterday, with the heartache there, we fought back and we nearly got there. So I am just proud of the effort and proud to be supported by Hitachi and Team Chevy. We are going to come back stronger next year and we have to be in a better position and I know we can do better than we did this year.”

HOW OPTOMISTIC ARE YOU TO BEING OVER THERE NEXT YEAR INSTEAD OF YOUR TEAMMATE?

“I am very optimistic. I am going to go back and recharge and come back and hit all these people harder. Believe me, I will be ready to go by the time we get to St. Pete, and I will look forward to it.”

﻿COULD YOU HAVE PLANNED A MORE PERFECT WEEKEND?

“No. It’s so surreal. In the offseason my wife said to me I believe you’re going to beat Mario’s record and you’re going to win the championship. It actually gave me confidence that I could do it. That’s how much confidence I have in her gut feel. I just couldn’t believe that they came true.”

YOU PLAYED THE LONG GAME BY STAYING CALM. WHAT WERE YOU THIKING WHEN YOU SAW JOSEF NEWGARDEN GO PAST YOU?

“I just knew I had to get the most out of those stints and not lose any more positions. I had to drive the thing today. It was on the edge, very loose. What a relief to get that done. I can’t thank Verizon enough. They’ve been with me for close to 12 years now and without them I would never have had this career and obviously Roger Penske and the whole team and Chevrolet.”

HOW MUCH OF YOUR OFFSEASON MENTAL ADJUSTMENT HAS LED TO THIS MOMENT?

“From the beginning it was just playing the long game, not necessarily going for the big wins and all that. As I’ve gotten older, I have a lot more gratitude for my life and what I get to do. Not everyone gets to do this and I’m lucky and I appreciate it a lot.”

HOW MUCH DID YOU RELY ON EXPERIENCE THIS WEEKEND?

“That’s exactly it; you’ve accumulated so much experience, you understand how races go and you understand that you can never give up no matter what it seems like, so you just keep digging and it just kept unfolding. A solid day.”

We raced it today. We started on the black Firestones. It was a bit hard to fend off the guys on the reds at the beginning. After that long first stint, we kind of got back in the game, and it was really strong on that stint. A really good job by the team to have the guts to stick it out that late, longer than anyone else, and I think from there on we were really good in the race. We were good on fuel; we were good on tires. After that yellow flag, we should have been more aggressive. It maybe lost us the podium, but it was a strong car. A few cars were a bit stronger, like Josef (Newgarden) was phenomenal. A big congrats to Will (Power). Hopefully next year we can give him a run for his money

“We were doing our best for the team there and just covering Dixon. Covering our bases just so we wouldn’t get jumped by Ganssi and stuff. Once we got clear of him for the last stop it was just all about passing cars and using our speed. The XPEL car was so good, and the Chevy power was awesome. Great car — fantastic and we just picked them up one at a time and got to fourth in the points on the last lap. Really awesome!

I thought we had a great start. It was a great first stint. For some reason, everything went south from there. We have to look into it and really see why. I don’t have the answer for it right now. It was just extremely hard out there. We’ll look toward 2023.”

“I am sad the season is over! We had a pretty good last race of the year. We were really fast, but the tire deg was just a bit too much in the last few laps of a stint. I am proud of the BitNile team! We made the right calls, had good pit stops and fought hard. 14th was the best we could do today. I am 12th in the championship, just like last year, but I am proud. We had many ups and many downs, but we learned a lot. For next year, we can definitely get higher in the championship and filter out those little mistakes and have more ups! I am also proud of Chevy for winning the manufacturer championship this year and finishing 1-2 in the driver championship!”

“So last race done here in Laguna Seca, not the race that we that we really wanted. We were actually on for a pretty decent finish — it seemed like probably I think p 14 or p 15. And then I drove off going down the pit lane exit and then ultimately, we got a drive through [penalty] so that’s super unfortunate, but we didn’t have the pace to do what Alex Palou and Power did on a similar strategy to me, so that wasn’t absolutely perfect. But overall, it’s been a huge learning curve for me throughout the season. We’ve had a ton of fun. The team’s learned a lot. I’ve learned a lot. So hopefully we can just take everything that we’ve done this season and even this race weekend and transfer it into something for next year even though I won’t be part of the team. The team will be able to do it and I’ll be able to do it as well.”

“We had a really great start and a great first stint. I really enjoyed battling with Marcus Ericsson, Scott Dixon and Felix Rosenqvist. I am not entirely sure what happened after that, we have some research to do because it felt like there was something that was affecting the way the car drove the rest of the race. I just kind of had to hold on to get to the finish. It’s a real shame, these last three races were really tough and it’s hard to end the year this way. There are a lot of great things to look back on though, we had some great moments. Just not the way we wanted to finish it! Super clean year, didn’t hit anything, ever. The BitNile guys did a great job. We’ll be back and be better next year.”

SIMONA DE SILVESTRO, NO. 16 TURNONGREEN PARETTA AUTOSPORT CHEVROLET, FINISHED 22ND: “The race was not too bad. We did three stops, which I think four might have been a bit better in the long run. I felt we had really good pace and were able to pass people, which was positive. For the whole weekend, we had good pace. For today’s race we had a few things happen in the pits, so if we cleaned a couple little things, and even myself with the few mistakes here and there, we can be really competitive.

We had a new sponsor with TurnOnGreen, and it was cool to have all the sponsors and guests of Paretta Autosport here this weekend. I feel like our team is growing from that point of view so that’s really positive and hope to do more of it.”

“Not exactly how we wanted to wrap up the 2022 IndyCar season, a tough day out there for the No. 4 crew. I got spun early after a good start where we made some good positions. But I don’t feel like we really had the pace to hang on to those gains on the reds, we just seemed to really struggle there. So I was driving pretty defensively. And Jimmie got into the back of me, and when I looped around and just lit the tires up trying to get it turned back the right way and just roasted the rear tire. That was like lap three or four. So for the remainder of that red stint, the rears were just gone. And that pretty much put us a lap down right away. And then there was kind of no recovering from that. We were okay on blacks. I thought our pace was acceptable. But just on reds we really were lacking. And yeah, I think a big factor was just cooking the rears on that spin. In just lost track position which took us out of contention for any possible gain. So not how we wanted it to end but just I can thank AJ Foyt crew enough for this year. You know, it was up and down. We definitely had some great highlights and lots of stuff that we would have liked to have gone better and done better. Like from my side and the team side, just a little bit of a lack of consistency. I think overall we’re probably not satisfied with how things ended up this year. But definitely lots to learn and lots of information for everyone to digest and use to improve going forward.”