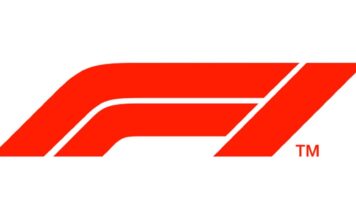 The 2023 FIA Formula One World Championship schedule was revealed in a season that will feature a record-breaking 24 Grand Prix events spanning from early March through mid-November.

The schedule, which received approval from the World Motor Sport Council, features new date changes for some familiar venues and the return of two countries along with a debutant of another venue in the United States of America while one notable country will not host an event for the upcoming season.

For a third consecutive season, the Bahrain International Circuit in Sakhir will serve as the host of the season-opening Grand Prix event on March 5 to commence a new season of Formula One competition. The Abu Dhabi Grand Prix at Yas Marina Circuit will remain as the season-finale event for a 12th season on November 26.

The upcoming F1 schedule will be featuring a one-month summer break period for the competitors and teams following the Belgian Grand Prix in Spa on July 30 before returning to action at Circuit Zandvoort for the Dutch Grand Prix on August 27.

Notably, the French Grand Prix, which occurred at Circuit Paul Ricard this past July, will not be featured on the 2023 schedule.

The full 2023 Formula One schedule is as follows:

“We are excited to announce the 2023 calendar with 24 races around the world,” Stefano Domenicali, President & CEO of Formula One, said. “Formula 1 has unprecedented demand to host races and it is important we get the balance right for the entire sport. We are very pleased with the strong momentum Formula 1 continues to experience and it is great news that we will be able to bring our passionate fans a mix of exciting new locations such as Las Vegas to the Championship with much loved venues across Europe, Asia and the Americas.”

“The presence of 24 races on the 2023 FIA Formula One World Championship calendar is further evidence of the growth and appeal of the sport on a global scale,” Mohammed Ben Sulayem, President of FIA, added. “The addition of new venues and the retention of traditional events underlines the FIA’s sound stewardship of the sport. I am delighted that we will be able to take Formula 1’s new era of exciting racing, created by the FIA’s 2022 Regulations, to a broader fan base in 2023.”

The 2022 F1 season, which introduced new technical regulations towards the cars and for the teams, is currently down to its final six scheduled events. Max Verstappen, the reigning F1 champion for Oracle Red Bull Racing who has won 11 of 17 Grand Prix events that have occurred this season, currently leads the drivers’ standings by 116 points over Scuderia Ferrari’s Charles Leclerc, who has won three Grand Prixs. In addition, Red Bull Racing leads the constructors’ standings by 139 points over Ferrari and 174 over the Mercedes-AMG Petronas F1 Team.

With the 2023 racing schedule unveiled, the 2022 FIA Formula One World Championship season is set to resume at Marina Bay Street Circuit for the return of the Singapore Grand Prix on October 2.