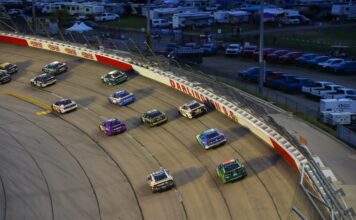 As one of the quintessential American sports, it is little surprise that so many of the thousands of new sports betting fans across the country have eagerly started to bet on NASCAR events during the year. The high-octane setting of NASCAR racing makes it the perfect sport to bet on. With races taking place at such high speeds over the course of such a prolonged period of time, there are plenty of opportunities for big upsets, dramatic turns, and anticipated crashes.

But for the many fans taking advantage of a risk free bet promo at NASCAR events, you might have wondered how much the sport has changed over the years. You might also have found yourself wondering how these changes impact how you place bets and wagers on NASCAR races.

With these questions in mind, let’s take a look at how the sport has evolved over the years and what this means for NASCAR sports betting fans.

NASCAR in the last 20 years

Although for many decades it was known primarily as a sport with deep Southern roots, over the last 20 years, NASCAR has very much injected itself into the mainstream of American culture.

Nowadays, far from being a peculiarity of motorheads in the South, it is a Pan-American phenomenon with fans spread across the country and drawn from all sectors of society. In recent years, it has also attracted large corporate sponsors who compete for advertising space on the cars, around the stadium, and during race broadcasts.

This has had a profound impact on all of NASCAR, as it has led to an influx of money into the sport, while also helping to raise its profile in general.

For NASCAR teams in particular, this has been a game changer. NASCAR teams are now worth hundreds of millions of dollars, with the most expensive team — Hendrick Motorsports — worth an estimated $315m!

Needless to say, NASCAR is now big business. As a result of these changes, sports betting on NASCAR Cup Series races has never been more popular!

Nowadays, NASCAR is among the most popular motorsports to bet on. As the number of races has expanded and the coverage of the sport has improved overall, this has also improved the state of NASCAR sports betting.

How NASCAR races play out has also been shaped by technological changes. NASCAR cars are now capable of hitting average speeds in excess of 200 miles per hour and are carefully monitored by highly advanced computer monitoring software. The cars also have a front engine design with rear-wheel drive, which helps them to generate more power and steer with more precision.

To ensure parity and fairness among the drivers, the cars are carefully regulated and monitored. This helps to ensure consistency between the cars in the series, despite being constructed by different manufacturers.

This has had an impact on how NASCAR fans place wagers on races, as there is more of an emphasis on the skill of the driver rather than the quality of the vehicle manufacturer.

Technological changes have also made the sport much safer. Particularly following the death of Dale Earnhardt in 2001, the cars are much safer and there are fewer crashes during the races. This has inevitably had an impact on how NASCAR fans bet on races, as crashes and mechanical failures are much less common.

Manufacturers are constantly working with the NASCAR authorities to ensure these high levels of safety are maintained. Even in this latest season, NASCAR has made important technical changes to try and reduce next-gen car fires.

Another interesting way that NASCAR has developed is that it receives far more international attention than it ever has before.

Although in decades gone by NASCAR was considered an American, and more specifically Southern, pastime, this perception no longer holds true. While it does not necessarily garner as much attention as Formula 1 among international audiences, NASCAR has nevertheless developed a solid international fanbase.

International fans have fallen in love with the sport for the high-octane action it delivers. In many ways, this is unique to NASCAR as not only are there far more competitors on the track at any time, but the oval-shaped track allows drivers to reach much higher speeds and to be far more tactical with how they drive their races. This has become even more noticeable in recent years as the average NASCAR speeds have continued to rise!

In terms of how this has impacted how people bet on NASCAR, the rise of online sports betting has given this new international audience an outlet for their interests. Rather than having to rely on watching in-person races or outdated information, international fans can now easily keep up with all the latest news about the sport.

This has helped these NASCAR sports betting fans to lock in better odds and to place wagers with much greater insight.