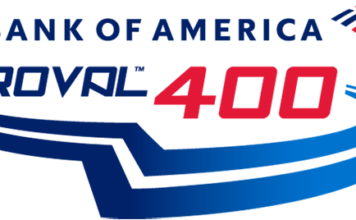 CHARLOTTE (October 9, 2022) – Christopher Bell took the checkered flag in Sunday’s NASCAR Cup Series race at the Roval road course at Charlotte Motor Speedway to advance to the Round of 8 in the NASCAR Playoffs. Bell’s crew chief, Adam Stevens, brought the No. 20 Camry to pit road for fresh tires allowing him a chance to chase down the leaders in the closing laps – knowing they were in a must-win scenario to advance to the next round. Bell was able to make his way from seventh to second in a matter of a lap before a red flag came out forcing an overtime restart. Bell would pass race-leader Kevin Harvick and lead the final two laps to collect his second win of the season.

In addition to Bell, Denny Hamlin also transferred to the Round of 8 with his 13th place finish giving Toyota two Camrys advancing and still alive to battle for a championship.

At what point did you think you would be in position to get the victory and advance in the Playoffs?

“Oh, man, I don’t even know. Whenever I came off pit road and I was the first car with tires, I was just trying to wait and see where I stacked up. I saw there were 11 cars that stayed out on old tires, I was the first one on new tires. I said, I guess we’re going to roll the dice here and see what happens. When I got into turn one, my spotter did an amazing job. They all started wrecking. He told me to stay tight to the middle, and that kept me out of all the junk in turn one. Really proud of everyone on this DeWalt team. They deserve it, man. We’ve been trying so hard to get DeWalt in Victory Lane. We finally got this Camry here.”

What does this win say about not giving up and the determination of this race team?

“Man, you just got to be there at the end of these things. I keep watching all these races where the fastest car doesn’t always win. No secret that road courses have not been our strength year. We were just there at the right time. We obviously weren’t in position to win, we rolled the dice, gambled, it paid off for us.”

How dangerous can this team be in the Round of 8 and to contend for this championship?

“I feel really good about it, that’s for sure. I knew that the whole time going into this second round of the Playoffs this was the troublemaker, with Talladega and then the road course being in here, when we weren’t strong on the road courses. I was really nervous about this round. I felt good about Texas. When we got out of there with no points, I thought it was going to be a really tough road. It was a really tough road. But there was an end to it.”

How was your race overall today?

“It was definitely a good day for our M&M’S Camry. There at the end, before everything happened, we were just trying to keep it on the track and stay straight. We were really losing rear tire grip and losing time. But we got that late caution, made a pit stop and took advantage of new tires – came up with a third-place finish. Vegas is next week and we always look forward to it. We were fast there in the spring so hopefully we can do the same thing.”

What type of race was this for you today?

“It was the type of day where basically wherever you got placed on the track was where you were going to run, unless someone made a mistake in front of you. We preferred that kind of day even though it is what it is even though our FedEx team did a great job with strategy and making sure that we junked stage two when we saw we weren’t going to get stage points there. Those guys that were in front of us most of the day ended up behind us and nobody could pass so it worked out nicely for us.”

How do you feel about your chances moving into the next round of the Playoffs?

“All of them are P1 for me and I like all of them. All of them are just perfect for what our strength is, especially with the Toyotas and myself. I’m excited. We had a good test at Martinsville and even though we finished bad there in the spring. We’re going to have to qualify well there and track position is going to be huge. We’re going to go to work and really excited about our prospects in this next round.”